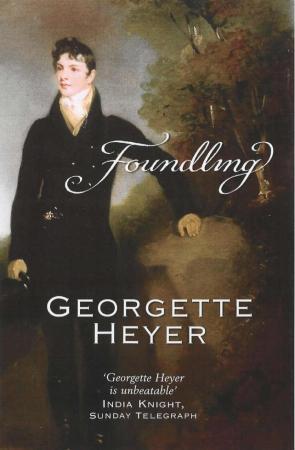 The seventh book in my attempt to reread all Georgette Heyer’s Regency romances in chronological sequence. This one was published in 1948, and it’s a cracker. The Duke of Sale, a posthumous son and heir, has been cosseted from birth, every aspect of his life dictated by his guardian and uncle, and an array of loyal and devoted retainers. When he was a sickly child, this was appropriate, but now, at twenty-four, he’s chafing at the bit. He dutifully proposes to Lady Harriet Presteigne, his uncle’s choice of bride, and even though he likes her well enough, he longs for a little freedom from the demands of being a duke. So when his young cousin finds himself in a spot of bother, the Duke decides to go incognito to get him out of the scrape.

His adventures as Mr Dash of Nowhere in Particular are hugely entertaining, involving a runaway boy, a beautiful foundling girl, a kidnapping and much more besides. Meanwhile, his various relations and retainers are traipsing round the countryside trying to find him and rescue him. In the process, the Duke learns to appreciate his entourage and they, in their turn, learn that he’s a resourceful and competent young man who doesn’t need rescuing after all.

The Duke is the star turn here, being both gently self-effacing and also innately aristocratic, a tough act to pull off. The supporting cast are also likable, although (as is common with Heyer) tending to caricature at times, as the story veers towards farce. The love interest, Lady Harriet, is pleasant enough and an excellent match for the Duke, but she suffered greatly from playing no part in events for most of the book.

My constant complaint with these stories is that romance is generally forgotten until the last chapter, when the hero sweeps the heroine into his arms with a quite unexpected declaration of love. This book falls into the same trap, but at least enough has been shown to demonstrate that these two are truly made for each other. Other than that, an enjoyable romp. Five stars.