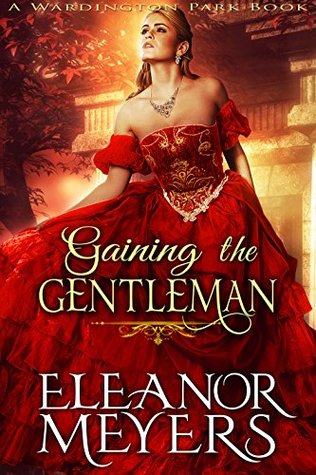 DNF. I bought this with birthday money as a treat for myself, because it was one of the top three bestselling Regency romances on Amazon (US site) that day. Now, bestselling just means ‘most popular’, with no guarantee that it will be my cup of tea at all, and anyone who’s read my previous reviews will know that I’m kind of picky about my Regencies. I’ll let slide a certain sloppiness on dates and behaviour, as long as it’s not too outrageous, and I don’t mind a bit of modern language, if the book’s not littered with ‘okays’ and such like, and I’ll even accept that England was entirely populated by dukes, but heaven forfend if one of those dukes is addressed as ‘my lord’. Correct forms of address are really easy to look up. I don’t expect everyone to grasp the nuances of heirs apparent and heirs presumptive, or to know precisely when a widow is a dowager, but please at least know the difference between Lord John and Lord Fortescue (no, they’re not interchangeable).
So how does this book hold up?

First complaint: the book opens at the 6% mark on my Kindle. Why? I like to go back to have a look at the cover and then work forwards. When I do that here, I find a huge amount of filler – several cute speeches from the author, lots of chivvying to sign up to the mailing list and a massive list of characters, with their full titles (an extra brownie point for knowing that a Marquess is a Most Honourable and an Earl is a Right Honourable, but we hardly need to be so pedantic here, especially when several of the wives are not given their proper titles at all).

Second complaint: so many names! And all of them seemingly inter-related in some way that is explained quite casually in passing, as if the reader should already know who these people are, or else be referring constantly to the aforementioned list of characters (there are reminders between chapters to refer to the list!). I appreciate that sometimes there’s a need to introduce a wide cast of characters, but please make sure they’re all necessary. Georgette Heyer once filled the first chapter of a book with endless relations in an extended family who were never heard of again, but she was making a point about the main character so it’s allowable. Mostly, it’s just filler. And please, authors, don’t reintroduce all the characters from previous books unless they have a significant role to play in this story.

Third (nit-picky) complaint: the author does appear to have done some research into the era. Hooray! The language is modern but mostly not intrusively so. And then you get howlers like this:
“Lord William, Earl of Cartridge, and Lady Jane Lawson had just given birth to their second child a few weeks ago, making it their second boy, Charles. The lord was very glad indeed and had even joked at the country club to have finally given his wife permission to have daughters!”
There are four errors just in those two sentences. The proud parents in this case would be referred to as the Earl and Countess of Cartridge, or (more usually) Lord and Lady Cartridge, never, never, ever as Lord William and Lady Jane Lawson. Lord Cartridge would be referred to as ‘the earl’ not ‘the lord’. And a country club? I don’t think so. Even today, Britain isn’t big on country clubs and they never had them in the Regency era. The upper classes would call or dine or stay at each other’s houses, or go to public assemblies (as in Pride and Prejudice – the Meryton assembly is where Darcy slighted Elizabeth). There were some very famous clubs in London, of course, but not in the country. And two pages further on, two unmarried ladies are addressed as Lady Haywood and Lady Eaton. Sigh. I know that 99% of readers don’t notice or care, but unfortunately I’m in the curmudgeonly 1%.

Then, sadly, the story veers off into some highly implausible mystery involving a necklace and murders and a lot of skipping about London looking for clues, while the hero and heroine moon over each other and behave in thoroughly peculiar ways. None of the dialogue really rang true to me, and although I appreciate what the author was trying to do, it just didn’t work for me and I gave up on it. So, not my cup of tea at all. However, as previously mentioned, this was one of the top selling books at the time, so clearly tons of people love this author and I’m (once again) the minority report. No rating because of the DNF.