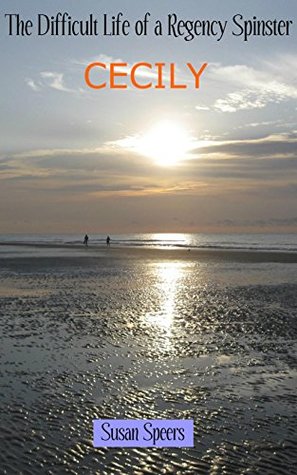 The enjoyable aspect of a series like this is that every book is different. It’s like a box of chocolates where you don’t know until you try it whether you’ve got the strawberry cream or the caramel or the nutty one. I loved Abigail, was ho-hum about Belinda and now Cecily is perhaps the strongest story yet. But be warned – for sensitive souls, it’s a bit of a weepy.

Here’s the plot: Cecily has endured some heartbreaking years, but at last she’s found a sanctuary of sorts in the small seaside village of Daggers Bay, acting as companion to the invalid daughter of a neighbouring family. But then into this quiet life comes a man from her past – Lord Hawley, heir to an earldom.

I’m not going to spoil the read by revealing too much of what follows, but suffice it to say that both characters have to learn to live with and accept the past, and change enough to have a future together. These are two strong-minded people who share an unbreakable bond of love, and I wept buckets as they gradually came to their happy ever after. A great love story. There is a sex scene, but it’s nicely done and felt in character.

There are some fine minor characters, too, especially Laurel, the invalid, and I think we’ve met the Daphne of the next book. There are a few caricatures, too, especially amongst the villainous characters, and I do think Carlton was way too easy on his mother – I’d have been spitting fire about it. The historical accuracy level is high, although Viscount Hawley would always be addressed as Lord Hawley, and never as Viscount. Dukes are the only nobles ever addressed by their rank.

So why only four stars? It’s because the editing is terrible. Speech marks are left out here, there and everywhere, there are extra or missing words, there’s confusion over lie and lay, and Laurel becomes Lauren at one point. And if the author could have brought herself to use the past perfect tense (using ‘had’) many passages would have been greatly improved. It’s such a shame, because the book is well-written and emotionally very powerful, but such sloppiness lets it down badly. Four stars and on to Daphne.