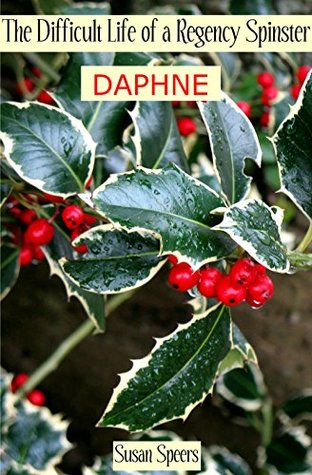 This series is a real mixed bag. Abigail was delightful, Belinda a little less successful, Cecily a powerful and absorbing read. But this one is just dull. The focus is a children’s Nativity play, there are a couple of nasty characters with no redeeming qualities, and a hero who’s just a very nice man. The heroine doesn’t show much character, either, and absolutely nothing of interest happens. The slowness isn’t helped by dialogue that covers every word spoken between the characters.

Here’s the plot, such as it is: Daphne (who’s supposed to be a chatterbox but we never really hear this) lives in genteel poverty with her elderly aunts. She’s courted by retired sea-dog Captain Palfrey and a cousin, clergyman Gideon Spicer. The clergyman is resolutely dogmatic in insisting that she marry him, and I longed to box his ears every time he refused to take no for an answer. Daphne was far more restrained in her refusals than I would have been. There are some struggles with money issues and a problem for Captain Palfrey which Daphne gets involved with and that’s about it, really.

There are fewer editing issues in this book than in books 2 and 3 in the series, but there are still far too many punctuation errors and one or two sentences that just made no sense. There are some implausibilities in the plot, too. Even so, I still enjoyed the romance, and especially the ending which was very satisfactory. Three stars. I’ve already downloaded Edwina and Felicity, so I’ll probably read on and hope for better fortune.