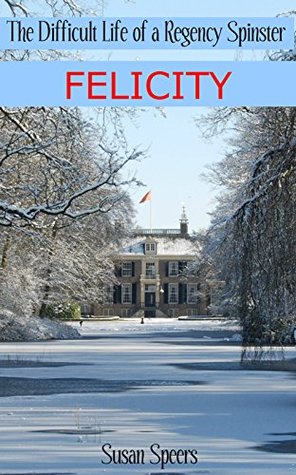 Finally! After five books in the series where the author’s talent almost shone through but was drowned out by misfiring plots, a scattergun approach to punctuation and (in one case) sheer dullness, here she gets everything right. Fascinating characters, an engrossing story, a villain unmasked and a heart-warming romance – this one works on all fronts, and the editing is excellent, too.

Here’s the premise: Felicity Debenham has been passed from one distant relation to another, and given the most desperate jobs, treated with contempt, cheated of her pay and accused of stealing. Cast out on the streets with no other recourse, she turns to an old friend who now runs an employment agency. But it isn’t the sort of agency that supplies respectable maids, companions and governesses, and Felicity is forced to consider learning a new, and less respectable, trade.

She’s rescued by a most unlikely circumstance. Hervey Godbold is looking for female companionship to bring some cheer to the last Christmas of his dying friend, Laurence Dashiell. Unable to find any respectable woman willing to travel north with him, he’s forced to try less reputable sources. Felicity, of course, is happy to help, and so these two set off on their journey together.

Hervey is a most unusual hero for any romance, for he’s a big, blundering sort of guy, not terribly bright but good hearted, and very gentle with Felicity, treating her with the utmost respect, even though he’s effectively paid for her services as a whore. Laurence, Hervey’s soldier friend who’s dying from his wounds, is another gentle soul. He calls Felicity ‘Happiness’, and Hervey calls her ‘Fliss’, and I loved both names for her, which spoke volumes about the two men. Of course, there’s a villain, Laurence’s cousin Dart, who is only waiting for Laurence to die to take over his estate. And he’s been defrauding Laurence, somehow, but no one can quite work out how.

There’s never any doubt as to how things will turn out, and if I have a complaint at all about these books, it’s that the characters fall too rigidly into the good or bad side. There are no shades of grey here, only black and white. But the story is lovely, the romance is charming and the few sex scenes are appropriate and unusually realistic for the genre (by which I mean that the heroine doesn’t fall into instant ecstasy the moment she gets her kit off).

The whole series is interesting, but this one excels. Highly recommended for anyone looking for something different from the usual unfeasibly handsome dukes behaving badly and improbably beautiful but wilfully independent young ladies. Five stars. And now the wait begins for Miss G. Gladys? Gertrude? Gillian?

2 responses to “Review: ‘The Difficult Life of a Regency Spinster: Felicity’ by Susan Speers”