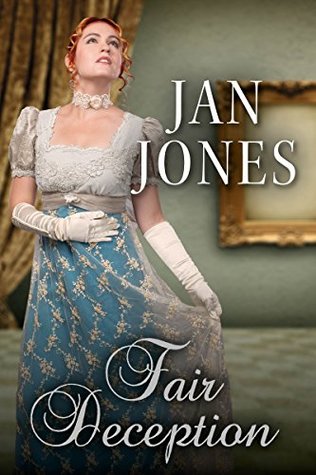 Another great read in the series. This works well as a stand-alone but the early chapters would be an easier read coming straight after book 1, The Kydd Inheritance, or maybe it’s just me that forgets who’s who in no time flat. It doesn’t quite have the glorious humour of that book, and I found the hero just a tad too volatile for my taste, but the way the author weaves multiple strands of plot together into an entertaining braid is masterful.

Here’s the premise: Susanna Fair is scraping a living as a stage entertainer, barely even qualifying as a legitimate actress, in London. That’s bad enough, but she has a problem in Mr Rafe Warwick, who has laid a bet that he will bed her before too long, a bet he’s determined to win by any means necessary. To the rescue comes Christopher (Kit) Kydd, owner of the impoverished Kydd Court and he also has a problem. He needs money to restore his home, but he doesn’t want to marry an heiress and condemn himself to a loveless marriage. He has a wealthy aunt who has money to spare – but only if he can convince her he’s not in the least ramshackle. Maybe if he had a fake fiancee, he could convince her?

So the actress who needs to get out of town fast and the man in need of someone to play the role of his betrothed form an unlikely alliance. As with all fake betrothal tropes, it’s obvious how everything will end up, but along the way there’s a number of people to be convinced by the deception, a travelling theatre group, the reappearance by the villain and a great many misunderstandings between hero and heroine before matters are resolved.

Much of the misunderstanding arises because the heroine neglects to tell the hero some small but highly significant details about herself, and every time the hero discovers he’s been misled (again) he blows a fuse and throws a tantrum. I would have liked him a lot better if he’d shown a bit more restraint, but I suppose it wouldn’t have been so dramatic. There are no sex scenes but there’s a great deal of barely repressed sexual tension and passionate kissing, and both hero and heroine get weak-kneed at the mere sight of each other very early in the book. It’s not exactly insta-lust, but it’s certainly insta-desire and it seems about as realistic as these things usually are (ie not very).

One technical issue: a very minor plot point involves a marriage between minors which was declared invalid because they didn’t have the permission of parents/guardians. But it’s my understanding that this only applies with marriage by licence (special or common). In this case, since the banns were read in the usual way, the marriage would almost certainly have been perfectly legal.

The multiple plot threads get very entangled by the end, but naturally all is resolved in a suitable way and everybody gets what he or she wants (except the villain, naturally). I didn’t find this quite as gloriously entertaining as the first book, but it was still terrific fun and a good four stars.