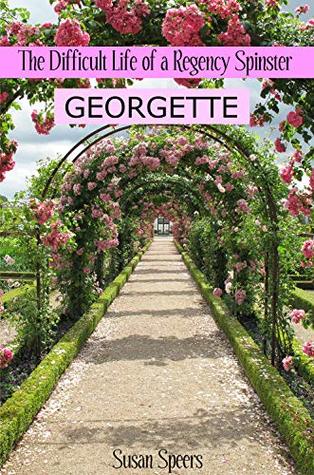 After the success of Felicity, I was nervous about this, since the author’s history in this series is wildly variable. But this is another success. It lacks some of the dazzling originality of previous books, returning to the well-trodden Regency style of drawing room manners, but it is so polished a performance that I have few quibbles. The romance is credible, the writing is stylish and there’s a surer hand than before with the plotting. An excellent read.

Here’s the premise: Georgette Sinclair is in the doghouse for jilting a perfectly acceptable suitor just two weeks before the wedding. To allow time for the scandal to die down, she’s sent to Rosborough Hall to provide company for a distant relation, a young wife suffering from depression and migraines. The wife, Allegra, turns out to be a flighty piece, not at all happy with her staid husband, Sir Edmund Rosborough. She neglects her child, Patricia (Pippa), and only comes to life when surrounded by cicisbeos. Her husband, meanwhile, is miserable too. Into this strained household is dropped Georgette, equally troubled and vulnerable.

The difficult relationship between Allegra, Edmund, Georgette and Pippa forms the backbone of the book, and there’s a slow and intricate build to the inevitable crisis which is both beautifully written and compelling. I don’t want to spoil anything by revealing plot details, but there were several twists that caught me by surprise, but in the best way, such that you can see the inevitability of it when it happens and it doesn’t just come out of left field.

A few quibbles. The final few chapters descend almost into farce, where the characters keep bumping into each other in the most improbable way. There are some continuity errors, so that Georgette says at one point that a kiss is her first, yet she clearly describes an earlier kiss with her almost-husband. There are a very few typos and some wayward punctuation.

But none of this was a problem for me. I enjoyed this enormously, the writing was effective and beautifully evocative, and I was thrilled that the protagonists behaved well despite temptation. Hooray for characters with moral backbone. Five stars. I can’t wait to find out what the letter H has in store.