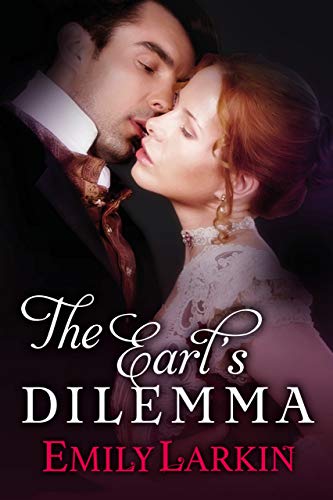 This is a book of two halves. The first half is perfect. No, really – absolutely perfect, hitting all the right notes. I laughed, I cried, I gasped, I laughed some more. It was wonderful. The second half, not so much.

Let’s start with the premise, which is usually one that has me rolling my eyes in disbelief – a man must marry before a certain date in order to gain his inheritance. If he doesn’t, he loses it. Yes, that old chestnut. As a rule, the reason for this is specious, at best, and the man in question promptly runs off and proposes to the most improbable person imaginable, who even more improbably accepts him. Even Georgette Heyer had trouble making characters like this sensible (see Friday’s Child, although Heyer’s humour allows her to get away with it, just). But here, the circumstances make it more understandable, and the hero, James, while determined to secure his inheritance, at leasts sets out to marry someone suitable, the sister of his best friend, someone he’s known for years and regards as a comfortable friend.

The heroine, Kate, unfortunately overhears him talking about his plans and his lack of love for her, so although she’s been in love with him for years, she turns him down (another Heyer plot, Sprig Muslin). Instead, she offers to find him a bride, and this part of the book is deliciously funny. Every candidate, James discovers, has some fatal flaw – too tall, too short, too thin, too plump, too much of a chatterbox, too painfully shy, too silly… As he dismisses every possibility, he realises what is wrong with all of them – they are not Kate.

But then Kate comes up with a candidate who is perfect in every way – beautiful, intelligent, sensible. James concedes that she would make a perfect wife, but unfortunately Kate’s brother Harry thinks so too… Oops. This could have turned into a silly Bath Tangle-esque muddle of mismatched pairs, but the characters are sensible people who recognise the problem and behave with maturity, talking their way out of trouble. This is awesome.

However, with the way now clear for the two main characters to realise their love for each other, the author settles for that time-worn obstacle, the misunderstanding. Even though James declares his love for Kate, she refuses to believe him and turns him away, he gets angry and thus we come to part two of the book which is all about sex. We get chapter after chapter of (essentially) foreplay as James decides that the only way to win Kate over is to seduce her. To be honest, the endless I-love-you, I-don’t-believe-you back and forth, and the long-drawn-out seduction got very tedious. I’m OK with the idea that Regency people were just as passionate as modern folk, but the era was all about restraint and using clever conversation to convey emotions. Having dealt with their problems so sensibly in the first half, it was disappointing that common sense went out of the window in the second half. I so wanted James to convince Kate with words, not by ripping her clothes off. But the one sex scene is tastefully done, if implausible.

Apart from this, the book is beautifully written and historically accurate down to the last detail, and I highly recommend it for those who don’t mind a bit of sex in their Regency. For me, the long-drawn-out and unlikely resolution keeps things to four stars.