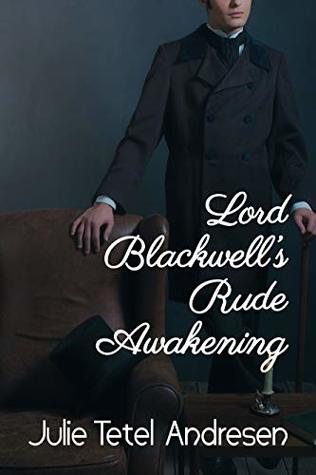 This was a surprising book. I picked it up because it looked like an interesting plot, a pragmatic marriage of convenience between two people from adjoining estates whose circumstances had recently changed. It turned out to be a whole heap of slightly kinky sex, so if discipline and light bondage isn’t your thing – avoid! And then, oddly, the sex was more or less abandoned to focus on more intellectual matters and the burgeoning relationship (outside of the bedroom) between the protagonists. Their conversations sometimes felt like some kind of verbal ping-pong. I have to confess that I’m not at all sure what the author was trying to achieve here, but whatever it was, it whizzed over my head.

As for the characters, I liked Charlotte very much. She felt like someone I would enjoy knowing, and her huge range of friends and acquaintances, despite rarely leaving the vicinity of her home, felt very realistic to me. Max I cordially disliked. I hated the way he treated his bride, hated his arrogance, and didn’t find his conversion to besotted husband at all believable. I also didn’t find him the least bit attractive. Despite being told how handsome and so forth he is, there was no charm there, and frankly he felt like a world-weary and selfish older man.

The book is well written, although there were a few historical inaccuracies. The author falls into the usual trap of assuming a wedding will be a showy affair, but Regency weddings were generally pretty low key. The bride would just wear her best dress of the moment, rather than a special wedding dress, and certainly not an heirloom dress from a generation ago! But at least it wasn’t white. And no one would ever kiss in public, and certainly not in church, that would be unthinkable. The hero would be very unlikely to drink a single malt (whisky was under all sorts of restrictions at the time, and brandy was the more usual tipple). I somehow don’t think a Regency character would worry about ‘staying on task’.

The oddness of the book keeps it to three stars for me, but it’s an interesting attempt at something out of the usual style of Regencies. I recommend it to anyone who likes something a little different and doesn’t mind the mild kinkiness. It’s a brave and well-crafted attempt at originality, and I enjoyed it despite its quirks.