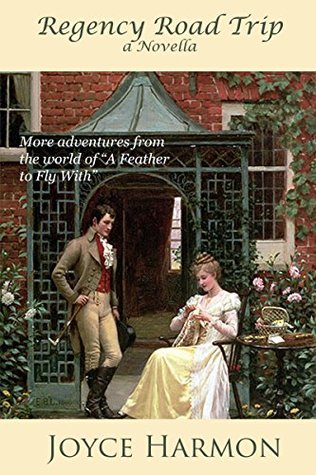 This is one of those delightful books that is filled with something that’s so rare in modern writing – charm. It manages to be whimsical without being silly, it’s effortlessly funny and the plot rattles along at a nice pace. And three rousing cheers for a romance featuring a decidedly older couple. Yes, there’s a side romance with a younger pair, but that never overshadows the main event.

The plot is a simple one: the Earl of Salford has returned from the wars to find his estate on the verge of ruin at the hands of his cousin and heir. The estate can be rescued, but as soon as the aging earl pops off, the heir will take over again, unless he can produce an heir to transplant the cousin. In most Regencies, this would be the cue for a marriage of convenience plot, but the earl refuses to play that game. Instead, he trawls the family tree and finds a missing branch of the family which meandered off into middle-class-dom a couple of generations ago.

To track down the missing heir, he recruits his good friend Eliza Merryhew, and to make things more fun, they travel incognito, as a baron’s widow and her devoted manservant. Which just makes things even more entertaining, of course. If the search is a little too easily resolved, that just leaves a little more time for those romances to brew up. My only complaint is that the story is too short – I really wanted more about this lovely couple! Five stars.