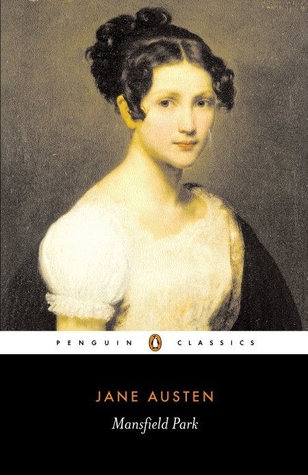 This is perhaps Jane Austen’s most neglected novel, if ‘neglected’ is a word that can be applied to Austen at all. Pride and Prejudice is the monster towering over everything else, but the romantic difficulties of Persuasion and Sense and Sensibility, the whimsy of Northanger Abbey and the elegant plotting of Emma all outshine poor, plodding Mansfield Park, which doesn’t even have much of the author’s acid humour to leaven it.

But Mansfield Park is, in many ways, the most intriguing of them all, because the heart of it is about morality. The other books touch on the subject, of course, usually when the smiling, handsome rogue is revealed to be a total villain, but Mansfield Park brings it front and centre stage in the character of Edmund – a man with the most delicate sense of propriety himself, who has (in effect) raised his cousin Fanny to his own high principles, and yet he succumbs to a woman of dodgy morals while Fanny resolutely refuses her rakish suitor.

These two characters, and the counterpoint in the Crawford siblings, are very problematic for modern readers. Edmund and Fanny, with their high moral standards and censorious tone, come across as downright prudish at times, while Mary and Henry Crawford are witty and lively and thoroughly appealing. Their dodgy morals just aren’t so obvious to us, and even if we notice them, we wonder just what is so wrong about much of what they do.

Fanny’s other problem is that she resolutely refuses to marry Henry Crawford, and this, too, is hard to understand. She has been brought up as the poor relation, forever grateful for any crumbs falling from the table. She’s sensible, intelligent and dutiful, she knows perfectly well that she’ll never get another offer as good (as her uncle uncompromisingly points out to her), and she knows how much it will benefit her impoverished family enormously. Yet she turns him down because he flirted with her cousins, and because she’s secretly in love with Edmund. And here is where Austen’s logic falters, because she shows us very clearly the result of marrying for love alone in Fanny’s own ramshackle family. Yet she has Fanny holding out to the bitter end for love, in defiance of common sense. The rational solution is for her to tell Henry Crawford that she wants to see him prove that he can be faithful for at least a year before considering his offer. He would fail, of course.

The ending is pretty silly. I’m not a big fan of Austen’s overly-dramatic denouements, but this one is the worst of them. Henry Crawford may have been all sorts of a feckless fool, but I’ve always thought he was too astute to ever run away with a married woman, and Julia’s elopement made even less sense. And then Austen has the problem that her hero, who has been in love with one woman for virtually the entire book, has to abruptly do an about turn in the final chapter to marry the heroine. Plausible? Not much.

But beneath the wobbly plotting, there are some interesting themes cropping up. Nature or nurture, for instance, and whether goodness is inherent or learnt, with the contrast between Fanny and her cousins. Her siblings William and Susan are also examples of characters with innate good qualities, despite their upbringing. Then there is the gulf between wealth and poverty, and the interesting (but never explored) fact that Sir Thomas Bertram’s wealth comes from presumably slave-worked plantations in the West Indies, at a time when abolitionism was in the ascendancy. There is the indolence of Lady Bertram and Fanny’s mother, contrasted with the constant busyness of Mrs Norris. There is the selfishness of Tom Bertram, the Crawfords and Mrs Norris, and the too-good-to-be-true unselfishness of Fanny, who abruptly becomes very selfish indeed when faced with the prospect of marrying Henry Crawford. Sometimes these contrasts are almost too strongly drawn, but they give the book a depth that, say, Pride and Prejudice never reaches.

In the end, this is an interesting book, not an easy read, but thought-provoking. The plotting wobbles keep this to four stars for me.