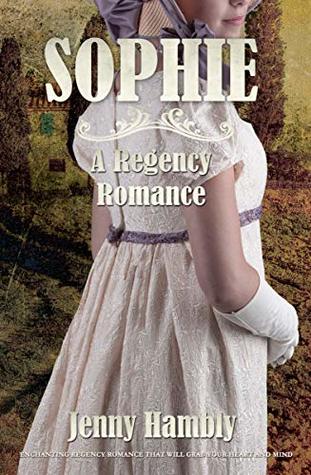 I thoroughly enjoyed the author’s previous book, her debut publication, so I looked forward to this with some enthusiasm and I wasn’t disappointed. It’s a very different story, but that’s all to the good, and it features another spirited and independent heroine.

Sophie, the widowed Lady Lewisham, has just emerged from her year of mourning for her much older husband. It wasn’t a love match. He was in desperate need of an heir, and she was young, beautiful and available, with parents willing to accept a generous settlement to agree to the marriage. But this is not the conventional story of an unwilling bride and an unpleasant husband. Sophie was perfectly willing to do her duty to the benefit of her family, and Edward turned out to be a kind and considerate husband, who encouraged Sophie to read and expand her mind under his aegis. Even though the heir didn’t happen, he ensured that she became independently wealthy after his death.

So Sophie decides that she will continue to expand her mind by travelling to Italy with her companion, Miss Trew, and that was a pretty intrepid thing to do in those days, without a male or three to oversee everything. Naturally things go wrong as they travel, but luckily they encounter an acquaintance from London, Sir Philip Bray, who helps them out. And since he’s as handsome as she is beautiful… romance ahoy.

Needless to say, it’s not quite as simple as all that. Sophie is enjoying her independence (and her fortune!) and has no desire at all to surrender either to a man. And Philip is a confirmed bachelor and something of a rake. He’s happy with his succession of mistresses and has no intention at all of trading them in for a wife. And so the whole plot is the two of them inching towards their HEA, sometimes taking one step forward and two back, and sometimes veering off at a tangent, but always totally, utterly convinced that they aren’t heading for the altar. No way. Absolutely not.

In lesser hands this might have been rather dull. The interchanges between the two principals tended towards the grumpy, with only occasional bursts of romantic tension to counterpoint their wrangling. There are some minor side plots with an Italian family, resolved rather too easily, and a gentle little romance for Miss Trew, but none of that added much to the main story. Only Philip’s friend, Harry, added some much needed animation and humour to spice things up. But when our hero and heroine do break out of the grumpiness and allow the attraction between them to shine through, the result is breathtaking. There are some sublime moments of high emotion to more than compensate for all that crossness.

The author’s other great talent is in descriptive prose, and this book is superb in that respect, with its lush evocations of both the Italian countryside and the English. Her grasp of the Regency is sound enough to make the description of travelling through Italy perfectly believable. And for people, too, the author is able to create an image of a character in just a few well-chosen words. Wonderful stuff.

If I have a complaint, it’s that the romance is too straightforward. Or perhaps it’s the characters themselves who are too straightforward. They are both intelligent, sensible people without any real flaws (apart from grumpiness and an unwillingness to do their duty as hero/heroine of a romance). There are no real obstacles, except for their own personal resistance to the idea of matrimony, and after fighting against it for the whole length of the book, in the end they cave in rather easily when pushed and everything in the garden is rosy. I think I would have preferred them to take things more slowly and cautiously at this point rather than tipping straight into planning the honeymoon. Sophie needed to be absolutely sure that Philip would allow her to continue to grow as a person, and Philip needed to be certain he’d overcome his personal baggage. But I did like that they both seriously considered the idea of not getting married at all, but simply having an affair. A great instance of the author respecting the customs of the Regency, while also respecting the intelligence of her characters.

An excellent book, highly recommended, and I look forward to reading the irrepressible Harry’s story which I feel sure is bound to follow. Five stars.