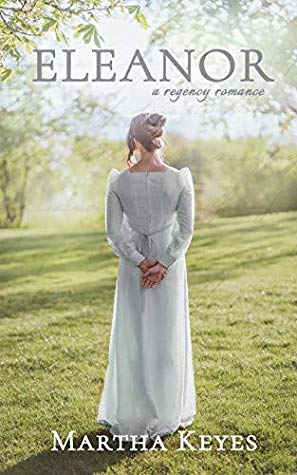 This is a novella-length story as an introduction to this debut author, and it’s a pretty accomplished work for a first timer. The premise is an unusual one. Lawrence Debenham has been browbeaten by his parents for his whole life. Now they’ve bought him a modest estate so that he can assume the responsibilities of a gentleman of property, and settle down with a suitably worthy wife. He is rebelling in the only way he can, by inviting a couple of pleasure-bent friends to join him in a life of idleness, doing anything rather than accede to his parents’ wishes and accept the mantle of duty.
But into this dissolute life appears Eleanor Renwick, her young brother John and a very large dog called Anne. Finding them stranded at the local inn by a broken-down carriage, Lawrence recklessly invites them to stay at his house until the repairs have been completed, and finds himself face to face with Eleanor’s deeply-felt but lightly-borne sense of duty. John (and the dog) help Lawrence to recapture his youth and Eleanor… well, it’s not difficult to see where things are heading with Eleanor, if only Lawrence can set aside his wish to thwart his parents.This is a straightforward little story. There are no dastardly villains, no kidnappings or shady goings-on, all the characters are pleasant, decent sorts and thank goodness for a plot which doesn’t depend on the two main characters misunderstanding each other or failing to communicate. It has to be said that very little happens rather slowly, but what does happen is enjoyable enough. There’s a tendency to describe every single piece of dialogue or gesture or smile, which slows things even more. When the author has got into her stride, I hope she’ll tighten her writing a bit and vary the pace.

On the historical accuracy front, I only have one quibble. A lady finding herself stranded at an inn with only a young brother and a dog as escort is in a bit of a bind, especially if there are no rooms to be had at said inn. What she would never, never do, however, is to go off with a single man to stay at his home. If he were married, or his mother were in residence, it would be acceptable, but a lady staying unchaperoned in a house with only young, single gentlemen and servants is a big no-no. However, it’s the whole premise of the story, so it has to be given a pass.

I liked all the characters. John and the dog are plot devices, but charming ones. Eleanor is a serious type who needed Lawrence’s childlike imagination to lighten her life, and Lawrence needed a dose of her graceful approach to duty to enable him to accept his responsibilities. Both their dilemmas felt real, and if they fell into the romance a little too easily, it was obvious that they were well suited and would be very contented together.

There were a fair few Americanisms (fall instead of autumn, passed instead of died, amongst others), and there were some expressions that felt too modern to me, but otherwise the writing was fine, and mercifully free of typos and wayward punctuation. In the end, Lawrence’s difficulties resolved themselves very easily. I would have liked to have met his parents, having heard them demonised for most of the book. It would have been fun to find out whether they really were as dreadful as Lawrence made out, although there’s a hint that it’s his own fears that made them seem so. It’s a small point, however. The focus of the story is the romance, which builds nicely to a delightful resolution. A pleasant and readable debut. I shall be looking forward to the author’s first full length book. Four stars.

PS I don’t usually comment on covers, since the inside of a book is generally more interesting, but a huge thumbs-up for a cover that features something close to historically accurate clothing rather than a glorified prom gown.