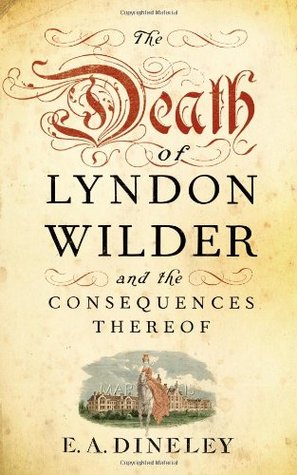 This is such an old-fashioned style of book. That’s not a complaint, merely an observation. Not only is it slow as molasses, with a great deal of descriptive writing, but it uses the omniscient point of view (where the author jumps from head to head to give the inner perspective of all the principal characters). Done badly, this can be appallingly dizzying to read, but here it’s merely disconcerting, since it’s so unusual in a modern Regency.

The early chapters are, quite frankly, dull, with none of the characters being terribly likable. Lord and Lady Charles are sunk in grief for their dead elder son and heir, the estate going to rack and ruin around them. Grand-daughter Lottie is neglected, left to amuse herself by baiting governesses. New governess Miss Arbuthnot is tediously clever at finding amusing ways to teach Lottie, while hiding some unspecified secret of her own. There’s also a local widow, her wounded soldier brother and her rather oddball son, none of them very interesting.

But into this dismal setting arrives the younger son and new heir, Thomas, forced to leave his chosen military career to minister to his parents’ declining years, the neglected estate and his niece, now his ward. Major Wilder is the unpromising and little-regarded son who’s now grown into a self-confident man with a soldier’s air of authority. He immediately makes his presence felt by bringing his dogs into the house despite his mother’s antipathy, by insisting that Lottie and Miss Arbuthnot eat dinner with the family and by simply being there, doing as he sees fit, without regard to the hyper-sensitivity of his mother or the apathy of his father. I liked him at once.

For a while the book chugs along swimmingly, and these odd characters wormed their way into my brain and I couldn’t quite forget about them. Even when I’d set the book down to do something more urgent, like eating, I’d be thinking about them, and I began to understand all the five star reviews. But… There’s always a but, isn’t there? The ‘but’ in this case involves two characters from the Arbuthnot family who are, quite frankly, caricatures of the most cartoonish kind.

But then most of the characters are one-trick ponies. The mother sunk in grief for her dead perfect son. The apathetic father. The stolid and inarticulate soldier. The sensible governess. The widow on the lookout for a new husband. And so on. They never progress beyond these simple characteristics, and they certainly never rise above them or become more rounded, more mature people. And they are all of them utterly, utterly selfish, or at least careless of the feelings of others. I was waiting for Thomas and his mother to reach an accord of some sort, but they never did. I would have liked to see a little more compassion.

As for the romance, we’re never given much reason for why they fell in love, except that perhaps they’re the only two halfway sensible characters in the whole book. No, I tell a lie, Thomas’s friend who helps him over a little difficulty at the end is definitely sensible, and possibly more interesting than all the rest put together. His story is told in the next book in the series.

While there are definite weaknesses in the plotting and characterisation, the book is so firmly rooted in the Regency era that it’s almost possible to imagine it was written then. This is so rare these days that I forgive the author for all that head-hopping and selfishness and something wanting in the characterisations. There are some detailed and highly convincing flashbacks to Thomas’s time as a soldier, as he finds out about his brother’s death, and while some of the plot contrivances stretch credulity a little, the characters respond to them in perfect keeping with the mores of the era. Quite an achievement. And the book is funny, and not in a forced, whimsical way, but with moments of laugh out loud humour that I loved. Most of the funny lines came from grand-daughter Lottie, it has to be said, and she had the finest moment in the book, with her comment on stoutness. Priceless.

Highly recommended for those who like to immerse themselves in excellent writing, and a slowly-building story which is not just in the common way. Four stars.

2 responses to “Review: The Death of Lyndon Wilder by E A Dineley”