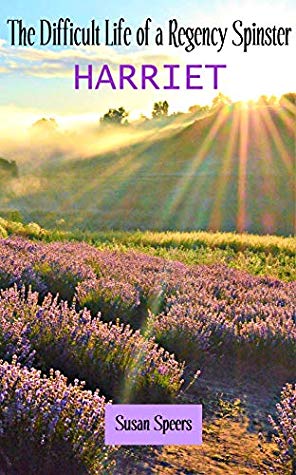 Susan Speers is one of my must-read authors, and although her books vary from the electrifying to the rather dull, they are always different. I just never know what’s going to turn up next, and that’s a large part of what makes this series so fascinating. This one veers slightly to the dull end of the spectrum, but it’s still a fine read, a cut above most Regencies and well worth the more than a year’s wait since Georgette.

For those who enjoyed Felicity, this is a direct follow-on to that book, showing what happened after the death of Laurence (Laurie) Dashiell. Felicity herself has only a minor role, since the focus here is on plain Harriet Welles, the vicar’s spinster sister, and Peregrine Dashiell, the new heir to Lavender Hill, Laurie’s home. Perry is an American, raised to poverty but taking to life as a country gentleman with surprising aplomb. In fact, the major problem with this book is that the main characters are just too good – there are no flaws to be worked out, no conflict between them and, to be honest, no real obstacle to their romance. This is the dull part of the story, and although it’s pleasing to watch them realise their feelings and the resolution was lovely, I would have liked a lot more ups and downs before they reached that point.

Fortunately, there is an array of more interesting characters to liven things up. Harriet’s sister, Jewel (Julia), for instance, Peregrine’s African friend and the Romany child all added some welcome spice to the otherwise bland plot. And I very much approved of the author’s resolution for the villain of Felicity, Dart, which was both creative and showed a deep understanding of human nature, as well as being very satisfying. The subplot with the brother was a little too predictable, however, although I enjoyed it.

A couple of historical hiccups that I noticed. The vicar’s financial difficulties were a recurring theme, but in England, once a living is given to a clergyman, it’s his for life and the income comes from fixed tithes from the parish. The local landowner has the gift of the living (ie the right to bestow it on a man) but he doesn’t actually pay the incumbent. The other point concerns the maid who’s a slave. Slavery had been abolished in England by the Regency and technically a slave is free the moment he or she sets foot on English soil. However, that would have to be settled in the courts, and I actually preferred the solution the author arrived at. Both these points are very trivial and didn’t spoil the story for me in the slightest.

The real downfall for this book is the terrible punctuation, and this is a recurring problem in the series. There are a few editing errors and Americanisms, although these were not major issues, but the wayward punctuation was a constant irritant. If the author could bring herself to let a proofreader loose on the final draft, these books would be enormously improved. Without this, I’d have given the book five stars, but as it is, I can’t really give it more than four. Now on to I (Imogen? Isobel? Irene?) and let’s hope it’s less than a year to wait for it. 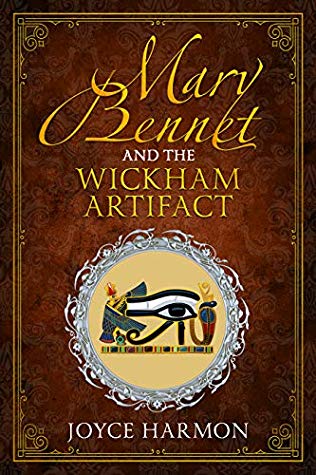