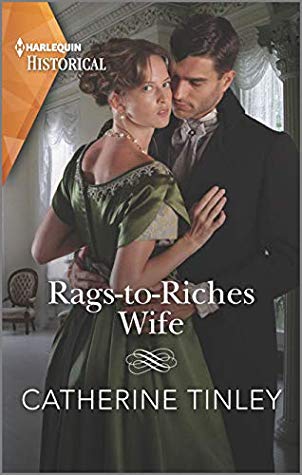 It’s always a pleasure to discover a new-to-me author with a sure grasp of the Regency era, with language to match, and an engrossing, slowly-developing romance between two interesting characters. It’s even more fun if there’s a bucket-load of class differences to be worked out, with all the unexpected conflicts and confusions along the way.

Here’s the premise: Jane Bailey is comfortable in her position as a lady’s maid to a countess, when a stranger arrives to invite her to meet her long-lost grandfather. Jane’s father was estranged from the family when he married a servant, and when he died, Jane and her mother struggled to survive. Jane’s not sure she wants to disrupt her quiet life by meeting Mr Millthorpe but she agrees to a two week visit. That means five days travelling by carriage with the stranger, Mr Millthorpe’s great-nephew, Robert Kendal, who just happens to be handsome and so, so easy to like. As attraction develops into friendship and then to something more, they find themselves struggling to keep their feelings in check, and not always succeeding.

Mr Millthorpe turns out to be the typical irascible and domineering old gentleman so beloved of Georgette Heyer (think Mr Penicuik from Cotillion). Of the other residents, the second wife and some of the servants are hostile towards Jane, while Robert’s widowed mother is friendly. I liked this variety of responses, which is also found amongst the neighbouring families; it felt perfectly realistic and in line with their characters, rather than a convenient plot device. The gradual revealing of Jane’s history and her place in the family is beautifully managed. It could so easily have felt contrived, but the sequence of bombshells emerges in a very natural way, and all the characters react believably. This is a hard act to pull off, so kudos to the author.

Jane has the most difficult adjustment to make. From being a lady’s maid, constantly at the beck and call of her mistress, now she’s wearing silk, dining with the family and has her own maid to wait on her. And yet she expects that she will return to her employment at the end of the visit. Then there are her growing feelings for Robert to consider – she’s a servant, he’s the heir to everything, so there can be no question of marriage, can there? She thought she knew her place in the world, but now she just doesn’t know where she belongs, upstairs or down, family or servant.

Robert has an easier time of it, although I laughed when his answer to every setback was a fast gallop on his horse! A much better response than a temper tantrum! There were times when I just wanted him to sit down and talk to Jane, but he wasn’t an articulate man. Instead, he showed his love by protecting and supporting her when she needed it, and standing back to let her shine when she didn’t. He quickly learnt to respect her confidence in situations where she had some expertise, and I loved this exchange after she had taken charge following an accident:

‘Miss Bailey, you are an extremely managing female.’
‘Thank you, Mr Kendal.’
‘That was no compliment.’
‘Oh, I know.’

So many moments to savour… I loved the moment when Jane is treated to the services of a lady’s maid for the first time. I loved Robert going off to find a lost letter for Jane. I loved that the second wife eventually softens towards Jane. I loved the little details about the mourning customs. And my inner grammar pedant cheered wildly at this line: ‘He had used to tell her tales…’ Had used to… wonderful!

This is a lovely, straightforward Regency, with no side excursions into dramatic villainy, just two people tiptoeing their way through the minefield of family relationships towards a well-deserved and romantic happy-ever-after. There’s no graphic on-screen sex, but we’re left in no doubt that it happens off-screen and there are plenty of heated moments and passionate kisses along the way. The wedding-night scene is handled very tastefully. A great read, beautifully written, and highly recommended. Five stars.