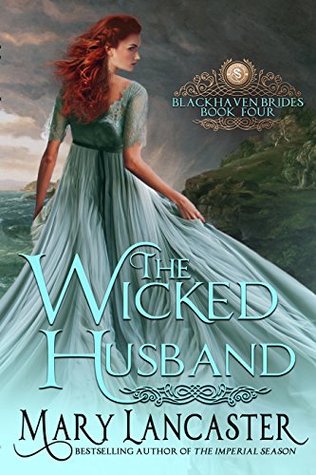 Yet another cracking read from Mary Lancaster. There are a lot of familiar themes here – a rake reformed, an elopement, the downtrodden poor relation who’s been in love with the hero for years, a former mistress and a whole heap of duels. In other hands these could be tired old cliches, but the author makes everything fresh and fun.

Here’s the premise: Willa Blake is the aforementioned downtrodden poor relation, treated as an unpaid servant and subject to routine humiliation from her cousin Ralph. And this is how she bumps into the hero, for Lord Daxton (Dax) is in the middle of a monumental gaming session with Ralph, who’s losing badly. He sends for Willa to bring him a purse of money, and then insists she stay and watch, while all around there are wild, drunken men and borderline anarchy. It’s not a place any gently brought up young lady should be. Our hero Dax recognises Willa and despite being roaring drunk, chivalrously wants to protect her. When he’s won even the extra money from Ralph, he takes Willa away from the scene and somehow decides he’ll marry her. They end up heading straight for the border, being married over the anvil at Gretna and heading for home. Whereupon Dax, having been up gambling for three nights straight, falls into a sound sleep. When he wakes up, he’s a bit hazy about what happened…

I really liked Dax. Rakes are always charmers but they can also be selfish beasts, too, and Dax epitomises the type. Once he’s been reminded that he’s married, he decides he quite likes it and squires Willa about town, buying her new clothes and enjoying showing her off to everyone. But of course there are wobbly moments too, and he’s somewhat tested when both his former mistress and his mother turn up, determined to have the marriage annulled. Fortunately Willa is a delightfully pragmatic bride, not at all phased by his hungover rages. Of course, knowing that he only married her on a whim, she can’t possibly tell him that she’s been in love with him for years, so she suffers in silence through all the shenanigans going on on the background, including was it three duels? Good grief.

I have to say that I wasn’t entirely convinced that Dax would manage to stay contented and faithful for the rest of his life, but that’s the universal problem with rakes – do they ever truly reform? I could very easily believe, though, that he himself believes it at that moment. He intends to be faithful, so perhaps he’ll manage it.

My only grumble on historical accuracy grounds is that, despite all the talk of an annulment, it was incredibly difficult to get one in the Regency, and since one of the characters actually explains the point, I was a bit confused as to why it was even an issue. Beyond that, the writing is pretty accurate to the period. There is some lusting and a small amount of graphic sex, for those who are concerned about that.

As so often in this series, Mary Lancaster has created a likable but slightly bad-boy hero, a demure and downtrodden heroine and a fun, if implausible, adventure in the background. It’s an entertaining romp, very funny and highly recommended. Five stars.

5 responses to “Review: The Wicked Husband by Mary Lancaster”