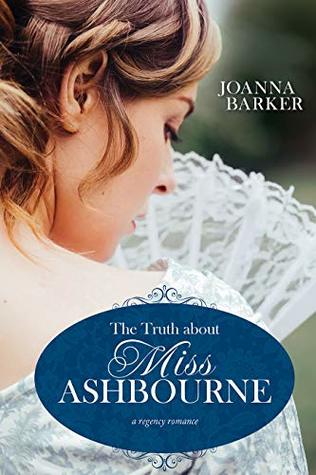 This was the author’s first publication, and as such it has some quirks, but it’s a very enjoyable read, with a hero who’s just lovely. The heroine was less likable at first, but she grew on me.

Here’s the premise: Juliana Ashbourne is the daughter of a sailor and a woman who ran away from her wealthy family to marry him. With her mother dead and her father not home from sea, Juliana is forced to earn her living as a governess in London, but with hopes of one day saving enough money to open a school (on a governess’s salary? Hmm). But one day she is summoned to a solicitor’s office, to discover that her estranged grandfather has recently died and left her a fortune. All she has to do is to spend a month at the family estate, Havenfield.

So immediately Juliana abandons her post as governess and rushes off to Havenfield to claim her inheritance and start her school, right? Well, no. She storms out in a huff and immediately has an argument with a random passing stranger, then goes back to her governessing. It is only when the lecherous husband makes a move on her and the lady of the house shouts at her for trying to emancipate her little girl with feminist ideals, that Juliana is fired and forced to pack up and head for Havenfield.

The mail coach drops her off at the front door of Havenfield (because it’s an unusually obliging mail coach) and there’s no one about. When it starts to rain, she drags her box to the shelter of the stable where she immediately has an argument with the groom she finds there. And here’s one of those quirks I mentioned. Why is she so argumentative, in fact downright rude? Considering that she’s been brought up in a middle class family and earned her living as a governess, civility and outright deference would have been baked into her very bones from birth. At this stage, I found it quite hard to like her, and I was really trying to. I like a spirited heroine as much as the next reader, but Juliana veers beyond mere spiritedness.

Fortunately the groom is none other than our hero, Mr William Rowley, coincidentally also the man she argued with in London, who responds to her rudeness with gently teasing banter, and not only doesn’t take offence at it but is seemingly rather drawn to her right from the start. I liked William very much, he was even-tempered and good humoured, and never showed any impatience with her. A perfect gentleman. I couldn’t quite understand why Juliana found him so irritating, because to my mind he was sweet and very funny. I wished she had seen the gentle side of him much earlier, because it made her seem curiously humourless.

The rest of the family, grandmother, aunt and cousin, are (mostly) kind to Juliana, although I wondered why on earth they didn’t do something about providing decent clothes for her, instead of leaving her to scrabble round for something to wear for the ball. Because of course there was a ball and an unwanted suitor and a rival for William’s affection and all the usual.

For a while, nothing very much happens rather slowly, but in the last third or so of the book the romance kicks into a higher gear. There are some wonderful moments between our two not very star-crossed lovers, but I particularly loved the first kiss – totally swoon-worthy, after she finally, finally says what she feels. Lovely scene.

There are a few Americanisms and anachronisms, but nothing too drastic, although I hope this gets made into a movie some day so that I can watch the heroine jump aboard a horse and ride off astride while wearing evening dress. Seriously, I want to know just how she does that. More noticeable for me as a Brit was the lack of any sense of place. Havenfield itself felt generically British (with echoes of Julianne Donaldson’s Edenbrooke), but I had no idea where in Britain it was except that it was a day’s coach drive from London. It made it feel rather unrooted. That didn’t spoil my enjoyment, however.

An excellent well-written debut Regency, with a charming hero, a realistic family and a perfect kiss. Only the argumentative heroine keeps it to four stars.