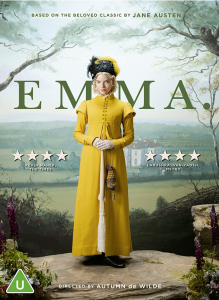 Just what the world needs, another adaptation of Emma. I have four already, and I’m sure there are others.

I’ve heard very mixed reviews of this but although I don’t think it’s the definitive version (which in my view has yet to be made), I liked the freshness of the approach and the light-hearted tone.