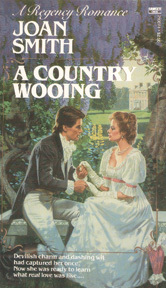 This was lovely. Having just struggled, with steam coming out of my ears, through a more difficult book, this one slipped down as easily as ice cream. Strawberry, maybe… or salted caramel… Sorry, got distracted there for a moment. There’s not a lot of drama here, so anyone looking for adventure or angst or passion might find it a tad tame, but for me it was a simple story, well-told, and just what I needed.

Here’s the premise: Alex, the Earl of Penholme, returns from the Peninsular war to take up his inheritance after his older brother Charles fell off his horse and broke his neck. Interestedly awaiting him is neighbour and friend Anne Wickfield, living in reduced circumstances with her widowed mother. She has no very fond memories of Alex, the least friendly of the family, and a poor contrast with dashing, handsome, charming Charles, who had long since won Anne’s heart. She’s surprised, therefore, when Alex is unusually attentive to his old friends, and to Anne in particular.

The hero and heroine here are my favourite kinds – not melodramatic, not high-flown society types, not over the top, just nice, normal people, the sort you might meet every day. They’re both just practical, get-on-with-it types. At first, Anne can’t make Alex out at all – why is he paying her so much attention? What does it mean that he’s brought a ring back from Spain for her? She decides it’s arrogance. Now that he’s come into a fine inheritance and is something of a catch, he’s showing off a bit. It takes her a while to come round to the idea that, actually, he wants to marry her.

And this makes Alex one of the best types of hero – the one who fell in love with the heroine years ago, remained agonised but silent watching her fall in love with his older brother, dreamt of her during his soldiering and when his brother died, came home with a glad heart to finally claim his bride. I love me a faithful man, who stays true to his lady through thick and thin. But his faithfulness is put to the test when he discovers, piece by horrifying piece, the true extent of the debts his brother has left him, and realises that he can’t possibly dig himself out of the hole. Or marry impoverished Anne, either. But there is a possibility of salvation if he marries one of the neighbouring daughters of a cit worth a million pounds. Fortunately, this is no Civil Contract, Heyer’s wonderful marriage of convenience tale, but the way the conundrum is resolved forms the latter part of the book, and very satisfying and logical it is too.

A couple of quibbles. One is a title error – the younger sons of an earl are not Lord anything, they’re Honourables. The heir has a courtesy title, but nothing for the other sons. The other is the names of the younger Penholme children. The eldest four are Charles, Alex, Rosalie and Robin – perfectly unexceptionable. The younger four are Willie, Bung, Loo and Babe. Whatever was the author thinking? I suppose it may be intended to show the closeness of the family by giving them pet names, but it just made me shudder.

But otherwise, the story is near perfect. The development of the romance and in particular Anne’s slowly growing realisation that she fell in love with a spectacularly selfish man, and his brother is worth ten of him, is lovely. The side characters are delightful, too, with a special mention for Mr Anglin, the cit, who has echoes of Jonathan Chawley from Heyer’s Civil Contract, but is also unequivocally himself. I also liked the very tiny vignette of his wife at the end, where we see the terror of a middle-class woman being pushed, against her will, into a much higher level of society. She has neither the self-confidence of her husband nor the education of her daughters, and hates it all, but of course is powerless to do anything about it. I’d like to have seen more of her.
A wonderful story, beautifully written. Highly recommended. Five stars.