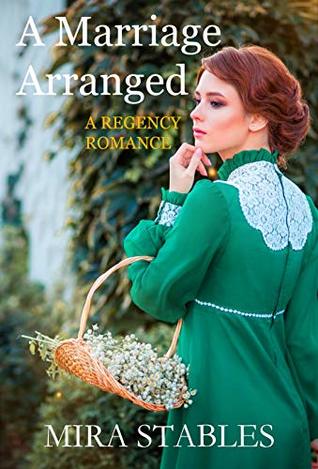 This was a difficult one to rate. I liked the premise, the characters and the fact that there was no out-and-out villain, only some social spitefulness. On the other hand, the romance was understated, nothing remotely surprising happened and the writing style was as dry as dust. I enjoyed it, on the whole, but a bit of sparkle would have made it so much better. When reading, I frequently feel the urge to slap the characters upside the head, but this is the first time I can remember wanting to slap the author upside the head.

Here’s the premise: Julian (unknown surname) has been deprived of his ancestral home by his father’s profligate ways and sheer spitefulness. Even though he knew that Julian could bring it back into good order, and wanted to do so, he deliberately sold it. So when he dies and Julian inherits the barony, and is wealthy enough in his own right to buy back Wellasford, he makes the journey there to try his luck. The new owner, Mr Morley, won’t sell, but although he’s restored the house to its former glory, he’s been less successful in managing the estate. He realises that Julian has that skill, in spades. And Julian is unmarried, and Morley has a daughter, Anna… And so a marriage is arranged.

So far, so conventional. But both Morley and his daughter are very far from conventional. He’s a historian, who makes his daughter dress up in various historical costumes for his own pleasure, and although she doesn’t mind it and in fact rather relishes being different, it’s still a pretty weird thing to do. He’s paranoid about her health, too, feeding her up and insisting she drinks a ton of milk, so that she’s overweight. He also has never let her ride side-saddle, only astride, although that’s fairly illogical. When in history did women ever ride astride? But that’s perhaps beside the point. Anna agrees to the marriage, but she insists on some conditions. She wants a season in London to compensate for her less-than-successful previous season, she wants to lose weight first and she wants a fair degree of freedom, so the marriage won’t be consummated until after all this is accomplished.

Julian sees no reason not to agree to all this, but the reader can easily foresee the sort of problems which might (and do) arise. The plot ran on rails from this point onwards, and it could have been a much more exciting book with a bit of effort from the author. Or it could have been heart-rending, perhaps, as the two protagonists spiral into unhappiness. But no, because the book is written in such a flat narrative style that it lost a great deal of its drama and all of its emotional depth. It was frustrating that such good potential was largely wasted, and the ending was too abrupt for words. I’m not a huge fan of long, schmaltzy epilogues, but a cutoff the instant they kiss is too short. In other circumstances, I might have gone for three stars for this, but I still enjoyed it and was invested in the characters, and I’m a Mira Stables fan so she gets the benefit of the doubt, and four stars.