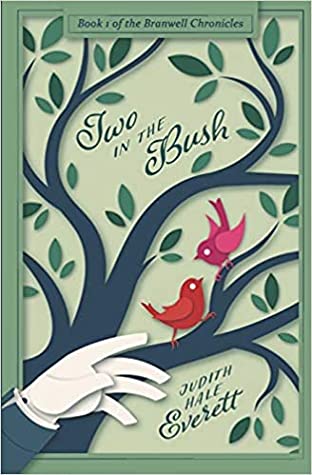 This is apparently a debut novel, although a long time in the brewing, but it’s an astonishing performance. There are few authors who can write in a style that sounds authentically Regency, with the properly structured sentences and correct vocabulary, but here’s one who can. And best of all, that gorgeous prose also manages to create wonderfully real human beings (I can’t even bring myself to call them characters!) who live and breathe and yearn and dream within these pages.

Here’s the premise: Genevieve Breckinridge made a mistake when she married, discovering too late that her handsome husband was a feckless good-for-nothing, who gambled and caroused his way through his fortune and hers. Fortunately for her and her two children, Tom and Lenora, Mr Breckinridge managed to get himself killed before he could dispose of the last unentailed cottage on his estate. This cottage is now home to the three of them and their last loyal servants, while the manor house is rented out and son Tom strives to manage the estate back into profitability. With Lenora about to come out, Genevieve’s good friend Lady Cammersby invites them to London for the season, where Lenora’s friend Elvira Chuddsley will also be enjoying the season. Genevieve hopes that introducing the two girls to real live men will drag them away from the world of Gothic melodrama they find in novels.

But her friend has another motive for her invitation. Her brother Sir Joshua Stiles is a widower who’d love to remarry but is finding it difficult to fend off avaricious women only interested in his considerable fortune. Lady Cammersby sees an opportunity to bring happiness to two people who dearly deserve it, so she dispatches Sir Joshua into the country to deliver the letter of invitation personally. This sets off a catalogue of mishaps that put him into the worst possible mood to appreciate Genevieve’s good qualities, while her propensity to get into scrapes at every turn is just the sort of behaviour to put him off her permanently.

And so the principals find themselves in London in the thick of the season, and Genevieve finds herself falling for this rather serious but very gentlemanly man, who also has a well-hidden sense of the absurd. But there’s a hitch – Lenora also admires him, and it seems that Sir Joshua admires her too. This is the basic plot in a nutshell, and while the reader can see where things are going, it’s also easy to understand why Genevieve can’t. She’s constantly in trouble of one sort or another, for one thing, which causes Sir Joshua to tick her off in disapproving style, so she’s quite convinced he doesn’t even like her, and only tolerates her as the mother of Lenora, with whom his relationship is perfectly smooth.

There is a villain, of course, because what self-respecting Regency romance doesn’t have a villain? He’s rather a chilling one, too, all the more so because the unpleasantness is cloaked in perfect manners. I didn’t quite understand why Genevieve didn’t just give him the cut direct, but her actions made sense to her so I went along with it.

The most delightful sub-plot belongs to the two young friends, Lenora and Elvira, who bring all their experience of Gothic novels to bear on the people they meet, trying to fit them into the essential stereotypes. Their hero is not the charming, wealthy and titled man who falls deeply in love with Elvira, since he obtained his success in life with no effort, but his stammering and impoverished friend, who struggles to overcome his disadvantages. They fall out over which of them is actually the heroine in their story, and struggle to identify the evil duke, so necessary for the true Gothic novel. All of this is very funny, although they do eventually come to appreciate that real life is not a Gothic novel, and thank goodness for that!

There were a few Americanisms, like passed, theater, gotten, chaise lounge and (my personal favourite) sunup, which transported me instantly to a ranch somewhere in Texas, with Sir Joshua garbed in a stetson and chaps. Quite a turn it gave me, I can tell you. There were very few of these little glitches, and the only reason they jumped out at me quite so forcefully is that the rest of the prose is so effortlessly Regency.

I hope the author writes a great many more books, because I absolutely loved this. The first few chapters bogged down a little bit in heavy prose combined with an over-lengthy description of Sir Joshua’s travel difficulties, but once that was done and Genevieve came onstage, with her gloriously mellow and slightly scatterbrained personality, everything was wonderful. Highly recommended. Five stars.