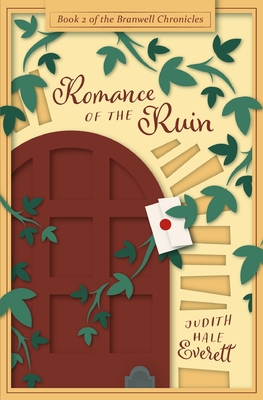 Judith Everett is one of the most original authors I’ve come across in the Regency genre. This one lacks some of the freshness of the first book in the series, Two in the Bush, which is inevitable in a second book, but it’s still a terrific read, beautifully written and awash with interesting characters – and a romantically abandoned house.

Here’s the premise: Miss Lenora Breckenridge is now living with her mother Genevieve and new stepfather, Sir Joshua Stiles (the heroine and hero of the first book) in Sir Joshua’s country estate, Wrenthorpe. Her mother is thrilled to have escaped poverty at last and have a well-ordered house with an army of efficient servants. Lenora is less than thrilled, because what could be duller and less romantic than a house with no ghosts or secret passages or the slightest hint of disorder? She’s learnt her lesson about allowing her love of Gothic novels to infuse her real life, but, frankly, real life leaves her bored to flinders.

Only the gloomy Home Wood inspires her, and there she spends many a happy hour, allowing her imagination full rein. But one day, while enacting an encounter with a suitably romantic prince, she comes across the decidedly unromantic, and thoroughly drunk, James Ingles. Now, I’m going to be perfectly honest, drunken characters just don’t inspire much affection in me, especially when they’re as outwardly unappealing as this one. There was a long spell where Lenora, with her mother’s help, nurse him back to health and sobriety, and even though it’s obvious that this is going to be our hero (after a thorough wash and brush up, and a good shave), I took a long time to warm up to him.

But James has one incomparable attraction to Lenora – he’s the caretaker of a romantically abandoned mansion, Heldon Hall, stripped of all its valuables by its previous owner in a fit of vengeful pique, and still empty, now that he’s dead, while the heir is found. James lives a hand-to-mouth existence in the lodge, but he eventually agrees to show her round the manor house, which she thinks is wonderful, despite the dilapidations. And so, although she likes James well enough, it’s the house that Lenora actually falls in love with, and imagines herself as mistress of. Which means, of course, that she will just have to marry the new Lord Heldon, whoever he is.

And so to London, where Lenora tries impatiently to find out something – anything – about Lord Heldon. I confess to a degree of impatience myself at this point, as the story seemed to be treading water for a while, but once Lord Heldon makes his appearance things move along more swiftly. I don’t entirely approve of the secrecy surrounding his identity, but since the secret is revealed fairly swiftly, and his reasons are sound, I can let that pass.

The story is beautifully written, but there are a couple of things that I think would have made it even better. One is to have more interaction between the two principals. There were long spells without any meetings at all, and those sections of the book were of lesser interest to me. It’s not that there was anything wrong with the peripheral stuff, but I really wanted our hero and heroine onstage together.

The other point is a technical one. Given the precise circumstances of James’s background, it might have given the story more depth not to have the hero’s point of view at all (apart from the opening chapter, perhaps), but to see everything from Lenora’s perspective. It would have added a layer of mystery which is entirely absent when we know pretty much everything that’s going on in the hero’s thoughts. But neither of these is particularly critical, they’re just things that I personally would have preferred.

This doesn’t (for me) quite rise to the heights of the first book in the series, but that was a very high bar, and it’s partly because this book features several of the same characters, so the novelty is somewhat lost. Many readers will doubtless be pleased to see familiar faces again, so for them, this will be a plus. In some ways it’s rather a shame that the stars of the first book, Genevieve and Sir Joshua, have so much screen time in this book, since I found them more interesting characters than Lenora and her hero. This story was somewhat uneven in tone, too, with long spells that felt quite slow. Again, a personal opinion only, not a criticism. However, the author evokes the Regency beautifully, and the language feels authentic without being stilted. I noticed a very few Americanisms (a sprinkling of gottens, which didn’t detract from my enjoyment at all). Four stars.