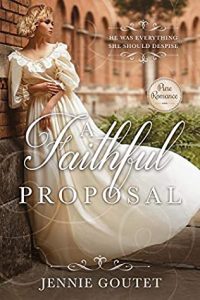 This is one of those books where it would be very easy to dislike either the hero or the heroine – or both! The hero is a bit of a goody two-shoes, a pious clergyman with egalitarian ideals and a burning desire to improve the lot of his parishioners, who hates the frivolity of the beau monde. The heroine is a society butterfly, only happy in the swirl of entertainments and gossipy chatter that is London, and very disparaging of country life (and country parsons). But fortunately, the parson has an Achilles heel in the shape of his meddlesome brother, and the socialite is discovered to have a more compassionate side. They are both more human and more redeemable than they appear at first.

Here’s the premise: Anna Tunstall is to join her friend, Emily Leatham, at the village of Avebury, in Wiltshire. On the way, she is attacked by highwaymen and knocked out. Harry Aston, the pious clergyman, happens upon her prostrate form and naturally sets out to rescue her. And when her eyes flutter open, he’s smitten (with this lovely line): ‘When she raised her clear eyes to his and he saw the answering gleam of fun, Harry knew the end to his bachelor days had come. He was done for.’ But of course she’s an earl’s sister and destined, she’s sure, for a life as a political wife, and he’s a lowly rector of a country parish. Or is he?

At first, things chug along rather nicely, with Harry pursuing his suit steadily, and Anna succumbing to his charm and finding out that he’s not as bad as she’s thought, for a parson. There’s still a huge difference in personalities, she wavers back and forth and they seem to be drawn to each other by physical attraction more than anything else, but it seems to be working out. And then comes the huge spanner in the works – Harry’s big brother arrives, complete with fancy title, and the secret of Harry’s identity is out (this is not a spoiler; his family is mentioned in the blurb). And naturally Anna’s far from pleased that he didn’t tell her.

The rest of the book is a succession of misunderstandings, more wavering from Anna and mischief-making from big brother, together with a number of dramatic upheavals to do with friend Emily and Harry’s cook, with everything resolved in an improbable sequence at the end, including the highwaymen. I feel there was rather too much drama thrown in, but never mind.

I was a bit surprised by the church scene, where the parishioners were locked out of the church, there appeared to be stables for the gentry’s carriages, and the rector arrives by curricle. Even when I was a child, church doors were never, ever locked, and the rectory would normally have been right next door to the church, a very short walk away. I’ve never heard of a church with its own stables. There were a few other oddities like this that had me puzzled, but nothing that spoiled the story for me.

It was a little disappointing that, after choosing such an unusual setting for this book, so little was made of it. Avebury is a unique place, sitting pretty much in the middle of a huge and spectacular stone circle, but the stones were barely mentioned and Avebury felt like just another generic English village. At least the author resisted the temptation to have the main characters go haring off to London for part of the time, which I half expected as a way of pointing up the different natures of hero and heroine. It would have been interesting to see Anna back in her more usual environment, and see her growing disenchantment with the shallowness of society life.

The romance ends in fine style, although I confess I’m not too sure that this is a match made in heaven. How will Anna cope as a country parson’s wife? I don’t really see it, somehow, and she’s sharp-tongued enough to make his life miserable if she’s discontented with her lot. But I’m an optimist, so let’s go with the happy ever after.

There’s nothing terribly unexpected here, but it’s very readable, and kept me turning the pages voraciously. Both hero and heroine grew on me over the course of the book, despite their flaws, and I enjoyed the unusual setting, a parson hero who’s genuinely devout, and a heroine who was forced to face up to her true nature. Four stars. 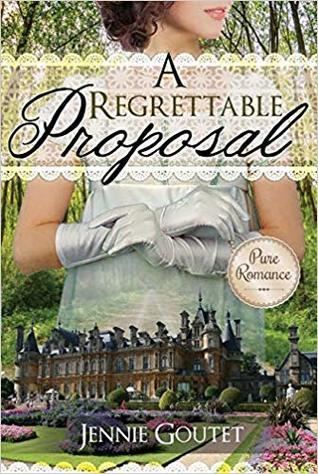 This was the first book I’ve read by this author, and there’s a lot to like about it. For those looking for the traditional elements of a Regency – the season, balls, Almack’s, rides in the park – this ticks all the boxes. There’s an unexpected inheritance, an ineptly inarticulate hero, a sensible heroine and a bit of spying in the background – what’s not to like?

Here’s the premise: Eleanor Daventry has a fairly rocky family history, what with a mother who eloped to the continent and a dodgy episode helping a friend at school. However, the 4th Earl of Worthing made her his ward, and when he dies, he bequeathes her a valuable piece of land – with the proviso that she won’t get it until she marries. Sometimes it seems as if the Regency era was chock full of eccentric gentlemen dreaming up ever more inventive constraints to impose on the beneficiaries of their wills, but still, this is a relatively mild example.

Our hero is Stratford Tunstall, the newly ennobled 5th Earl, who’s just returned from the war to his unexpected inheritance, still smarting from being jilted three years ago, and he’s not happy to find that an uninteresting spinster has been left a sizable portion of his estate. The only way to get his hands on it is to marry the woman and this is so unappealing a prospect that he gets roaring drunk. A chance meeting while he is still drunk leads to the regrettable proposal of the title, which Eleanor deals with as any self-respecting heroine would. Not a propitious start.

However, both hero and heroine move on to London for the season where they inevitably cross paths very frequently. He discovers that she’s not at all the uninteresting spinster he’d first thought and she discovers that although he’s still pretty inept at polite conversation and puts his foot in it more often than not, he makes a nice apology. Also, the drunkenness was a one-off.

Of course, while they’re lurching towards their happy-ever-after with two steps forward and one back, there’s a lot going on in the background. Eleanor finds herself very sought-after now that she has an inheritance and has to make some difficult decisions of the type that must have afflicted real Regency women – whether to accept today’s OK-ish offer and settle for comfort and not much affection, or whether to hold out for the possibly better offer that might come tomorrow from the man you love. Stratford’s role is to get jealous and come to the conclusion (rather belatedly, for he’s a bit slow on the uptake where women are concerned) that he really does want to marry Eleanor and not just for her inheritance.

Besides all that, there’s Stratford’s former squeeze stirring things up, plus a vindictive old school friend of Eleanor’s, and a really rather superfluous spy subplot that intersects with our romantic pair hardly at all. I could have done without much of this but it does make for some dramatic moments towards the end. For those who like to have the hero chasing to the heroine’s rescue, you’ll really love the last few chapters – pretty exciting stuff!

My over-sensitive pedantometer was barely troubled. There were a lot of dance cards deployed, which (according to my understanding, which might well be wrong) were not used until the Victorian era when dances got shorter and there were too many to remember to whom a lady was promised. In the Regency, dances were in pairs and much longer, so you only got a few partners per evening. Then there was mention of a coronet ball, which is not an expression I or Google’s Ngrams have ever come across. One other oddity – the heroine’s piece of land is said to be worth three thousand pounds a year. At the time, the average rent for an acre of agricultural land was a little above a pound, so that’s a hefty chunk of land, or else it’s got a coal mine or two on it. But these are absolutely trivial quibbles, which didn’t affect my enjoyment of the book in the slightest. This is a very well-written book, and had some moments of subtle humour. I loved this line in particular: ‘Mr Amesbury, who had decided [the heroine] lacked looks, address and a portion, did not put himself out to please, but performed his part punctiliously. When all other subjects had been exhausted, he forged ahead with the battle-weary pluck of a hardened conversationalist.’ I would have liked a lot more in this style!

This is a well-written Regency, well grounded in the era, and traditional enough to please Heyer fans. I loved the hero and heroine, and the believably slow development of the romance. I was less enamoured of the spying subplot, but this was still a very good four stars for me.