Having read and enjoyed Autumn Bride, I moved straight on to the sequel, which features many of the same characters but set some twelve or so years later. It was published twenty years after the first book, so there are some disconnects (to my mind) but it wasn’t a problem.

Here’s the premise: wild boy Vivyan Lagallan has reached the grand old age of thirty and decides it’s time to settle down. He proposes to beautiful, respectable and ever so slightly dull Helen Pensford. Returning from his successful suit, a very different sort of lady drops (literally) into his arms, Miss Eustacia Marchant. She’s running away from home in pursuit of the man she’s fallen in love with, Rupert Alleyne. To make things easier on her illicit journey, she dresses in boy’s clothing, but gets into difficulties and ends up stuck in a tree, from which position Vivyan manages to rescue her. And if you think this sounds vaguely familiar, then you’ve probably read Georgette Heyer’s The Corinthian, which has a very similar opening (with shades of Sprig Muslin thrown in, for good measure).

Eustacia is an innocent, and determined to make her way to London, so Vivyan, the reformed wild boy, turns gentlemanly protector to help her to get there safely and without scandal, and then keep an avuncular eye on her. This is a very different Vivyan from the irrepressible scamp of the earlier book. He’s still charming, but now he falls into the role of slightly jaded man-about-town, almost the world-weary older man found in so many Heyer books. It isn’t a problem, but reading this straight after the previous book, it was a bit of a shock.

Needless to say, Rupert Alleyne, the object of Eustacie’s affections, is astonished to find that his casual flirtation has assumed far more serious proportions in her mind. I very much liked the way the author handled this quandary. Rupert could have become the caricature villain at this point, but instead he behaves in a far more believable way.

The plot from this point becomes the standard Regency tangle of two couples engaged to the wrong partners, and at first it seems that those oh-so-restrained Regency manners are going to prevent the happy ending the reader expects. Fortunately, Eustacia is an ingenious little soul, and the way the whole muddle unravels is great fun and (unlike a number of Heyer denouements) doesn’t depend on everyone suddenly turning into morons or forgetting to talk to each other or making wild sacrifices for the heroine’s own good. 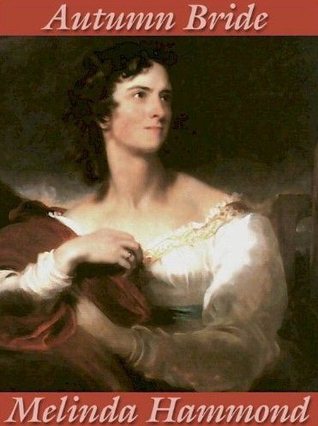 This is a short read from a new-to-me writer, one of those who’s been publishing for some years and the earlier books are now available on Kindle. This one was first published in 1983, and like many books of that era, it’s heavily redolent of Georgette Heyer. The language, the faithful Regency setting and even some plot elements recall the great lady, but that’s not a bad thing at all.

Here’s the premise: Caroline Hetton has been effectively abandoned by her mother and her family since her father died, so she’s making her way in the world as a governess, a pretty thankless task in those days. Out of the blue, she’s offered a way out of this situation. A former neighbour has left a property to her heir, Vivyan Lagallan, with the stipulation that he won’t get it until he’s twenty-five, unless he marries sooner. And the will explicitly mentions Caroline as the bride, or another lady equally suitable. It’s hard for a mere governess to turn down such a beneficial opportunity, so Caroline agrees to visit the heir to see if they would suit.

All this is managed by the heir’s older half-brother, Major Lagallan, a stolid, steady sort, very different from the free-spirited Vivyan, who’s reminiscent of Heyer’s character Richmond of Unknown Ajax, or perhaps Ludovic of The Talisman Ring. It’s Vivyan, naturally, who leads everyone into trouble through his reckless ways, but he’s so charming that it’s impossible to dislike him. And while he’s stirring up trouble, Caroline and the stolid major are both realising that perhaps she’s marrying the wrong brother. How they resolve the tangle is the question, and I have to say it’s managed very neatly, if a little implausibly, and with a completely heart-stopping moment along the way. Cleverly done!

The romance is low-key, but that’s in the best traditions of Heyer herself, so I won’t grumble about it. Unlike some reviewers, to me it was always obvious how things were going and to my mind the slowly developing change of feelings is signalled quite clearly, if undramatically. An excellent read in the traditional style, with a great Regency feel. Five stars. You can find this book as part of a ‘four seasons’ boxed set, and if you like Melinda Hammond’s style, she also writes as Sarah Mallory.