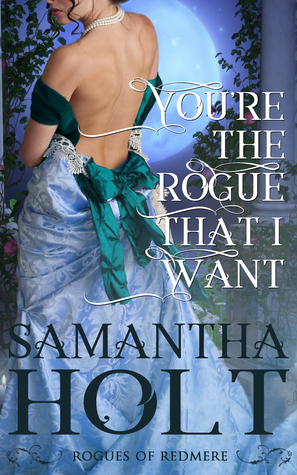 When I had some Amazon tokens for my last birthday, I decided to buy some recommended traditional Regency romances, partly as research for my own Regencies, but also because I just like to read that style. But for comparison I also bought the top three bestsellers on Amazon on the day. This is one of those top three, so we can safely say this is the type of book that a great many people enjoy reading.

So let’s get one thing clear right from the start – this is not a Regency romance. Sure, there are references to pelisses and bonnets, breeches and mail coaches, and so on, but with only minor tweaks the whole story could be lifted and replanted in almost any era from late Victorian onwards. I can see it as a very successful contemporary romance. But not Regency. There is nothing at all in the characters’ behaviour or attitudes that speaks of that era.

So here’s the premise. The hero, Red, is the wealthy Earl of Redmere, whose hobby is smuggling. The heroine, Hannah, is a twenty-year-old who’s travelled alone from Hampshire to meet Red to persuade him to cross to France to collect a priceless historical artifact. And ‘travelled alone’ is not here a euphemism for ‘accompanied only by a lady’s maid, coachman, postilion and two footmen’ – she supposedly took the public coach. Alone, and no, she’s not a housemaid or governess, she’s supposed to be well-to-do. So my eyes are already rolling pretty hard at this point.

And it becomes obvious from this point on that the reasons are actually to ensure that the hero and heroine are thrown together in a series of carefully staged vignettes of gradually rising sexual tension, strung into something vaguely resembling a narrative. Our heroic pair enjoy a night at a deserted inn, share a room at various inns and at one point are almost drowned crossing a river, which lucky escape causes them to kiss passionately on reaching dry land. Of course it does. And eventually all this increasing steaminess leads to the natural conclusion, whereupon our virgin heroine unleashes her capacity for multiple orgasms. Of course she does.

Now, there’s nothing at all wrong with any of this. In a contemporary romance it would be unexceptional, and even in a Regency it’s fine if the plot scaffolding is a little less flimsy than it is here. You can see how little the author is concerned with the background by her treatment of the priceless artifact. It’s described mostly just as a stone, and we learn later that it’s a mini-Rosetta stone, showing the same text in two previously undeciphered scripts. At first it takes two men to lift it off the boat. Later, the hero manages to cart it about while also carrying other luggage. Later still, he drops it rather painfully onto his foot. But the author never bothers to describe it. I imagined it as being stone-like, that is round, until it was described as being propped up against a wall. Only then did I realise that it was a slab or tablet shape. But we’re never given any indication of the dimensions, because at bottom it’s just a plot device.

Some other minor grumbles. Whisky. Repeat after me: whisky has no ‘e’ in it, not in Regency-era England. Lots of modern language (’the boss of me’? Really?). A hefty dose of typos, especially towards the end, as if the proofreader just gave up at some point. But the author’s done some research, especially into travel times, and I was delighted that, when new clothes were needed, they didn’t just pop into a shop and emerge fully kitted out again. But so much was out of kilter for a Regency novel that these details couldn’t redeem it for me. And then the ending – oh dear. After building up so nicely to the climax (so to speak), the author spoiled it all by tossing in one of those stupid moments where everything could have been resolved by a two minute chat, but no, the hero has to be all noble, for the heroine’s own good. Bleagh.

At this stage, I should point out once again that this was one of the three bestselling Regency romances on Amazon when I bought it. It’s still highly ranked, and has a 4.5 review average (which is stunningly good). Which means my poor opinion of it is shared by – well, probably nobody. If you don’t mind a fairly non-authentic Regency, with a strong focus on the main characters having the hots for each other, and not a lot else, then I commend this book to you. In fact, anyone who’s not me would probably enjoy this book enormously, and I’m just an eccentric pedant to grumble about it. On the plus side, I read it to the end, didn’t skip much and (looking on the bright side) all that eye-rolling is probably good for my facial muscles. Or something. Three stars.