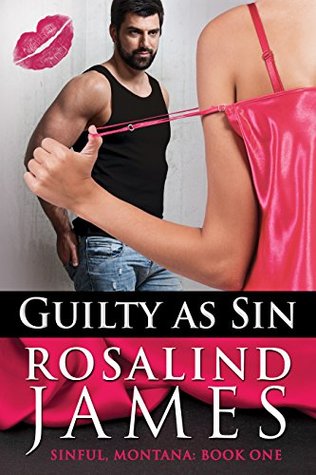 My last book of the year, bringing my total to 60, and it was a good one. I’ve read a couple of other books by Rosalind James which were straightforward contemporary romances, but this was more of a thriller romance, and it had a bit more bite than the others. The premise is that identical twins… yes, yes, I know, straight from the bargain rack of Cliches R Us, but stay with me. Identical twins Lily and Paige Hollander decide to swap places for a while. Lily runs a small-holding and a sexy lingerie shop in rural Montana, and is being pressured to sell her land to make way for a ski resort. Paige is a cop from San Francisco who was shot in a messy incident which saw her partner and the victim of a domestic assault both shot dead. Cue suspension and enquiries and the usual palaver. Both sisters want an escape from their routine lives, so Lily disappears for a restful holiday and Paige takes over the goats, chickens and bras while she heals, both mentally and physically.

The early part of the book, which deals with the twins and their various backgrounds, was very confusing to me, but I trusted the author to get me through the sticky parts and she did. By the time Paige is settled in and trying to milk the goats, it’s all plain sailing. Or it may just be that this is where the hero makes his appearance. All James’ heroes (extrapolating wildly from the three books I’ve read!) tend to be big, muscular men, rather intimidating in some ways, but very gentle with the heroine. They tend to be a bit too perfect for my taste, but I guess a little wish fulfilment is allowed in a romance. There are quite a few graphic sex scenes, but nothing out of the ordinary.

The thriller part of the book builds nicely from a ‘that’s odd’ low-key level before escalating nicely to the physical violence stage. Paige and her man (Jace) always respond sensibly and intelligently to these various threats, and nothing felt over the top. Well, except the dog. Tobias must be the world’s most intelligent animal, that’s all I have to say about that. The climax of the thriller part of the story is very slightly a damp squib, but maybe that’s just sour grapes on my part because I didn’t guess the identity of the baddie.

The romance… well, they lost a few brownie points for not just sitting down and talking things through, but it all came right in the end. There was a schmaltzy epilogue, which felt a bit gratuitous to me, but if you’re a fan of schmaltzy epilogues, this is a humdinger (translation: I cried). An enjoyable read, both as a romance and as a thriller. Four stars. 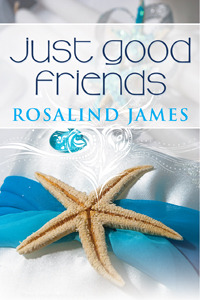 This one just didn’t do it for me. I liked the opening, with Kate running from a murderous stalker, and the early scenes between Kate and Koti, our hero and heroine, sparkled with genuine antagonism. Their fights were good fun! But before too long they’re all over each other, the fights get further and further apart, and I began to lose interest.

The characters are more interesting than hesitant Hannah and perfect Drew from the first book in the series (review here). These two are far from perfect! Kate is quick to fire up at the merest hint of a slight, and Koti is the arrogant, spoilt, gorgeous, entitled rugby player. He has a certain roguish charm, but he’s also a heart-breaker, and he has to do a lot of growing up in this book.

So the foundation for the story was solid, but once the flirting stopped and they got horizontal, the story went downhill fast. I like some steam as much as the next girl, but some of the sex scenes here felt gratuitous, and I couldn’t quite reconcile multiple-orgasm Kate with guilty-about-masturbating Kate. How does that work? Plus, she was pretty free and easy and *trusting* for a girl just recovering from a stalker.

Then once past the half way point, we began to get deep into Maori culture and New Zealand history, and I kind of zoned out. This is interesting stuff, but it felt clunky dumped like this in the middle of the story, and especially so towards the end, when I was just waiting for the long-expected event signalled right at the beginning.

Not a bad book, and I liked the characters, but it wasn’t as easy a read as the first book, and I skimmed quite a bit to get to where something – anything – was happening. Three stars. 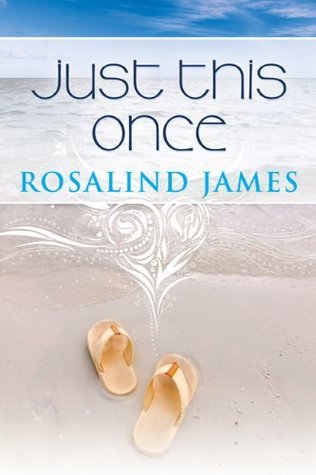 I’m not much of a contemporary romance reader, in fact I don’t think I’ve ever read one before, but I’ve seen the author online and love her down-to-earth approach, so I thought I’d see what it is that makes her so successful. And yes, I enjoyed it very much – a nice, easy read that I finished in a couple of days.

The plot’s a simple one: responsible, work-a-holic American, Hannah, takes a holiday to New Zealand to get some much needed relaxation from work. While there, she goes for a dip in the sea and is caught by a rip-tide, only to be rescued by local rugby player, Drew. And not just any rugby player; Drew is captain of the famous All-Blacks, New Zealand’s national team. I wondered for a long time whether Drew was in fact Maori, as many of the All-Blacks are, and the book was maybe half gone before it emerged that he wasn’t. It surprised me that this wasn’t mentioned upfront, to avoid any confusion, but maybe we were just supposed to assume it.

After such a romantic hero-rescues-heroine beginning, it’s not surprising that our lead characters are drawn together by something perilously close to instalust. Drew’s thoughts are quite clear right from the start – he skips from admiring Hannah’s cute behind in shorts to wanting to rip those shorts right off her, and I was a little disappointed at the rapid transition from attraction to sex. I’d have liked at least some indication of deeper feelings, but it felt at first as if all he wanted from her was sex.

From there the romance develops in easy stages. It wouldn’t be quite true to say that nothing happens, because Hannah quits her job and moves to New Zealand, which is quite a big step for an independent lady, but really there are no bumps in the road for this couple. He develops an unswerving devotion to her, for no obvious reason (but then love can be irrational sometimes), and she agonises about every step but then does it anyway, while confidently predicting that it won’t last, he’ll get tired of her, she isn’t worthy, etc. But it does and he doesn’t and… well, that’s about it, really. I’ll leave the question of whether she’s worthy as an exercise for the reader.

I enjoyed this one more than I expected to, and my only real complaint is that Drew is just too perfect. A top sportsman with a perfect physique, a gentleman in bed and everywhere else, strong but caring and so on and so on. I’d have liked a flaw or two to make him more human. But otherwise, a pleasant easy read. Four stars.

Review of the next book in the series: Just Good Friends