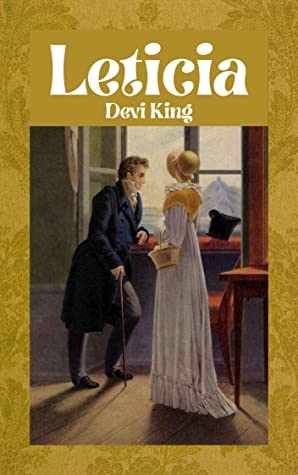 This is an oddball find, something I hit on accidentally when I was bouncing around Amazon looking for something a little bit different. And this is definitely different.

Here’s the premise: Alistair, the Marquis of Yarrowton and Miss Letitia Gough-Dane have been destined for each other for years, since she was a baby, in fact, introduced to the Eton schoolboy as his prospective bride. He has fond memories of the wild child Letty growing up, so when he meets her again for the first time in years and finds he still likes her, he offers and she accepts. At which point she turns into an ice maiden – very correct, very civil but distinctly chilly. Mystified, he determines to find out the reason for her behaviour – has she taken him in dislike? Is she being pushed into marriage? But he gets nowhere, until a chance curricle accident leaves them stranded at a country inn overnight.

At this point, the story veers sharply into Georgette Heyer territory, with the appearance of a charmingly pretty ingenue, an irate lover and a bottle of brandy. It’s all very funny, but resolves rather neatly, the characters are both believable and likable (the marquis is a bit of a charmer) and really my only complaint is that it’s far too short (I read it in not much above an hour). But it’s beautifully written, with an elegant use of language and a very convincing grasp of the Regency. I would very much like to see a full length work by this author.

So what’s so different about it? Only that the author published four other books at the same time as this one. This is a more or less traditional Regency, with no more than a bit of mild kissing and some lusting, with a fade to black on the only sex scene. There’s even a classically traditional cover, very tasteful. The other books are billed as erotic tales of the Ottoman Empire, a genre that could hardly be more different. I commend the author’s versatility, but it’s an uneasy mixture. I don’t know what the erotica is like, but if she chooses to focus on the Regencies, she definitely has a future there. Four stars. 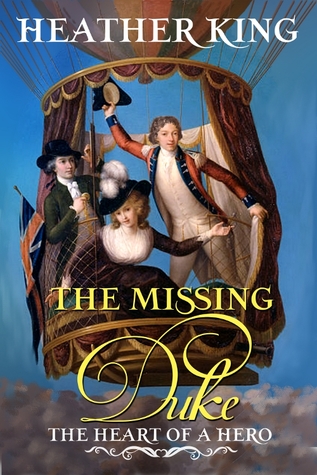 This book and I just didn’t hit it off. Even though I’d loved the author’s A Carpet of Snowdrops, this very different work failed for me on every level. Nothing wrong with it at all, just a mismatch of my requirements with what the book was offering.

I chose it because the premise intrigued me. Twin boys, the two sons of a duke, are playing in the park attended by their flirtatious nursemaid and a footman, when the older boy simply disappears. No amount of searching uncovers what has happened to him. He’s believed to be dead, but his brother refuses to accept it. Even when he grows to adulthood and no trace is ever found of his brother, he never stops searching for him, and never accepts that he’s dead. So far so good.

Then we hit the first stumbling block. The female main character is masquerading as a man and acting as secretary to the surviving brother. Well now. There are, of course, some very famous cases where women of the era pretended to be men and had unexceptional careers as a doctor, or in the navy, so I know perfectly well that it could be done. In real life. But in fiction, I want to know how it was possible. How did she cope with periods? Not being able to pee standing up? Did she cut her hair? None of this is addressed. Apart from mentioning that she binds her breasts to flatten them, and occasionally lowering the timbre of her voice, there is no acknowledgement of these problems. When she later transforms back into a woman, there is her hair long enough to be twisted into a knot on top of her head, with curls cascading down. How did she hide all that hair when she was supposedly a man? Enquiring minds want to know.

Then there is her secretaryship of the son of a duke, a man managing the ducal estates for his missing brother, since their father is now dead. Typically a secretary would be someone on the fringes of the nobility himself – a younger son, perhaps, or a cousin, but someone loosely connected to the employer. It is such a responsible position that one would hardly give it to the first likely lad who applies. However, I can probably go along with that more than the woman-dressed-as-a-man thing.

Then there is the writing style. I like an author who’s done her research, but here we get every last drop of it. This is the book for you if you want to know where to change horses on the Calais to Paris route, or what the posting inns looked like, or the scenery, what every character ate, or the name of every village they passed through… Well, OK, maybe I exaggerated the last part, but sometimes it felt more like a travel guide than an author telling a story. Here’s a sample:

‘It was approaching five of the clock when Adam drew the curricle into the spacious yard of the Red Lion at Egham, one of the foremost coaching inns on the Exeter road. The large, red-brick buildings contained stabling for upwards of two hundred horses in addition to the most elegant amenities for the traveller. Leaving the chestnuts in the diligent care of Carrots and the ostlers, he strode into the inn along a fine, wood-panelled hallway. A handsome staircase rose to the upper floors and the sounds of an orchestra tuning their instruments echoed from beyond the double doors into the ballroom. The aromas of roasting meats, baking bread, coffee and tobacco filled the air, creating an ambience of warmth and pleasure.

‘He entered the coffee room, which was already half full and where a small fire burned in the grate despite the clemency of the weather. This part of the inn dated from the seventeenth century or thereabouts and was low-beamed, cool and dark within. The landlord greeted him with polite deference.

‘“My lord, what a pleasure it is to see you. Are you wishful to dine? We have a nice piece of lamb roasting on the jack; very tender and served with minted green peas. There is a steak and kidney pie in the oven and one of my good lady’s rhubarb tarts as well. What might be your fancy, sir?”

‘“I will take some of the lamb, thank you, Brooks. You have a private parlour to spare? I am expecting a guest for dinner.”’

And so on. I know some readers love this amount of detail but to me it slowed the pace to a crawl, and made what was at bottom an exciting story into something that I found a real effort to get through. I abandoned the struggle at the 50% point, skimming the rest to find out just what had happened to the missing brother and man-girl Lucy’s father.

I’m giving this three stars because it’s a well-written tale that a lot of readers will love. Just not me, sadly. 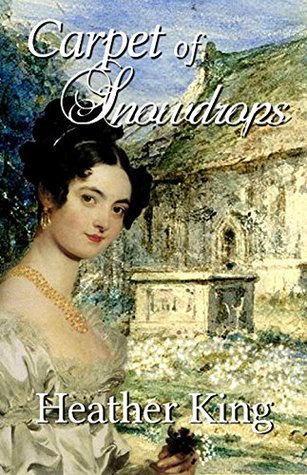 Heather King is a new author to me, but her cover for A Carpet of Snowdrops uses the same Regency-era portrait that I use on one of my own books, so I was naturally drawn to it. The opening is very melodramatic: a heavily pregnant woman is walking through the snow pushing a small cart carrying all her possessions. She’s trying to get to the home of a Duke, the brother of her now-dead husband. A rider approaches at speed and almost runs her down.

The reader’s sympathy is instantly aroused for the widow and her unborn child, and when she is turned away by her husband’s family, her plight seems desperate indeed. But the reckless horseman is Joscelyn, Lord Rollaston, and he’s an honourable man, so he takes steps to ensure the widow, Eloise, is looked after. And thereby begins a slowly developing and gentle romance.

This is a short book (it felt like a novella to me) so there are no real sub-plots and not much scope to develop the minor characters. Nevertheless, the two main characters shine like stars, always behaving in rational ways and never stepping outside the rigid bounds of Regency propriety. The writing is excellent, the descriptions evocative and the story, mild as it is, drew me along with that just-one-more-page syndrome that is the sign of a truly enjoyable book. Five stars.