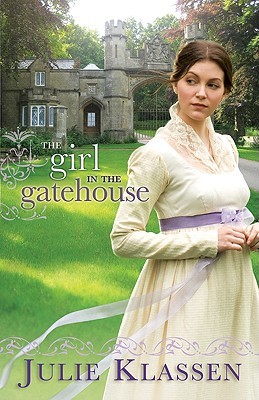 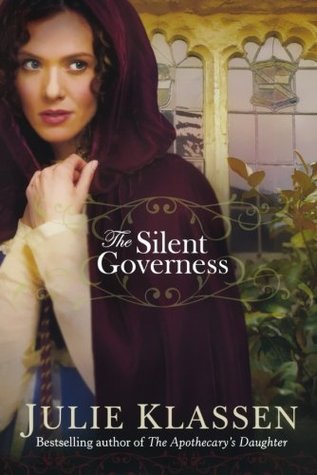 This was a disappointment. I’d heard such good things about Julie Klassen, and her covers are awesome, so when I had some birthday money and chose to buy a whole array of Regencies, she was very much on my list. She’s a Christian writer, so I knew I’d be getting a more traditional read, and I’d hoped for strong character development and good historical accuracy. In the event, only one of those came up to scratch.

Here’s the premise: Olivia Keene comes home from her work teaching at a local girls’ school to find a man strangling her mother. She immediately bops him over the head with the poker, thereby saving her mother’s life. Now what? Run for help from the neighbours, maybe? Send for the local constable? No, her mother pushes something into her hand and tells her to run away at once, leaving her alone in the house with the unconscious would-be murderer. And Olivia actually does this? Why? Already we have a logical disconnect.

Then we get a succession of scenes worthy of a cheap Hollywood B-movie, involving running through woods at night, wild dogs, a near-rape, an unlikely rescue from same, more dogs and a close encounter with the local aristocracy out hunting. Then we veer into a Disney movie, with a good Samaritan or two, before plunging back into melodrama with eavesdropping, capture, the local clink, near-rape (again) and an even more unlikely rescue from same (again).

And then things get really silly. Lord Bradley (one of the huntsmen) discovers that a dark family secret has been overheard by Olivia, who is now rendered mute. Instead of paying her to disappear, preferably a long way away, he takes her into his home and makes her a nursery maid. It is hard to imagine any situation more likely to have the dark secret revealed to the whole world. Even if she never recovers the power of speech, she can read and write, for heaven’s sake. This makes zero sense, except that this is a romance and the protagonists have to get together somehow. But my eyes were rolling pretty hard, I can tell you.

This sort of thing is a problem right the way through the book. None of the characters behave like sensible, rational people, and they keep doing things that defy credibility, without any real reason. Olivia follows Lord Bradley around, poking into this and that, wandering around the house, and nothing bad happens as a result. In fact, nothing bad ever does seem to happen to her. She does stupid things and gets away with it every time. Every man around is seemingly drawn to her for some mystical reason, from the groom through the ne’er-do-well cousin, the hero and even the elderly earl, whose feelings at least are paternal and he’s not just getting the hots for her. Oh, I forgot the clergyman. He had the hots for her, too.

As for the hero, constantly agonising over whether he’s really going to inherit or not, I never warmed to him, never quite got what he saw in the heroine or what she saw in him, and never found his transformation from brooding aristocrat to contented lover believable.

The last third or so of the book has mystery piled upon mystery in such a convoluted and contrived way, with information deliberately withheld to ramp up the suspense (don’t you just hate that? I do), that, frankly, I lost interest in who was a villain and who was a good guy masquerading as a villain and who was a red herring. And what exactly was the point of the stable fire, except to show the hero being heroic, and then give the heroine an opportunity to see him in the bath?

So was there anything good about it? Actually, yes. The historical research and writing was excellent, and many things were much truer to the Regency era than is usual these days. The author got the titles and legal aspects right (hooray!), and didn’t shy away from the ramifications of the situation the hero found himself in. I liked that very much. It would have been all too easy to airbrush it out of the way, but she faced up to it very well. I felt she was a little pedantic in areas that were mere customs rather than strict rules. For instance, not all governesses were kept isolated from both family and servants. Jane Austen’s Emma, for instance, has the example of Miss Taylor, who was companion, friend and confidante to both Emma and her father, and far more than just a governess. It seemed unlikely to me that the servants, having made a friend of Olivia when she was a nursery maid, would turn their backs on her when she was promoted to governess. I also disliked the explaining of the position of heir presumptive to Cousin Felix, and pointing out that he wouldn’t get the title. Felix would have grown up knowing exactly what he would be entitled to, and it would certainly not reduce his marriage prospects.

Overall, this was a long-drawn-out piece of melodrama, rather implausible, with characters who behaved without an ounce of common sense and never really resonated with me. There was some Christian preachiness from the clergyman, but probably less than I expected. The writing was excellent, though, and the historical detail is solid, so if you don’t mind all the drama, this is a good read. It wasn’t really my cup of tea, though. Three stars.