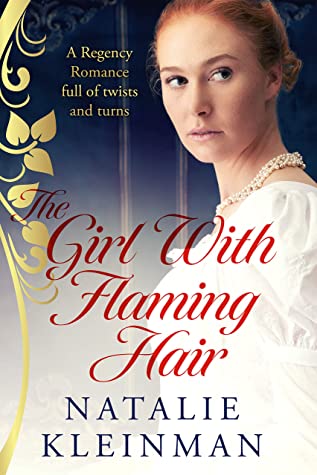 I quite enjoyed the first book by this author (The Reluctant Bride), although I found the characters a bit flat and the plot verging on dull. This one started out much, much better and for perhaps two thirds of its length, I thought it was headed for five stars. But then the plot disintegrated, and the last few chapters became a schmaltzy love-fest. The writing style is awesome, however (oh, the bliss of an author who can write ‘whomsoever’ without flinching!) and for traditionalists looking for a tale built around the season and Almack’s and rides in Hyde Park, and properly brought up Regency characters who are never consumed by passion, this is an author to watch.

Here’s the premise: Rufus, the Earl of Luxton, is driving his curricle one day when he comes upon the unconscious form of Sophie Clifford, a neighbour, who has fallen from her horse. He takes her to his mother, Lady Luxton, and sister Lydia, who nurse her back to health, realise that she’s the sequestered neighbour who never goes anywhere and invite her to London for Lydia’s come-out. And a lovely time is had by all, although there are disquieting rumours about Sophie, on account of her bright red hair. And one day, she meets a man in Hyde Park who seems to know her, and he, too, has bright red hair. I find it ironic that the hero of this story is called Rufus, a name associated with red hair, when it’s actually the heroine who is so endowed, but I digress.

We very quickly discover that the man with red hair is her biological father, a man who wanted to marry her mother but she was forced to marry Lord Clifford instead. Sophie was conceived after the marriage. Now here is where I began to have some qualms. Sophie sets about getting to know her real father, and even calls him ‘Papa’, and distances herself from Lord Clifford. This is very provocative behaviour. In law, and in every way that mattered, Lord Clifford was her father, and it would have been quite scandalous to treat him in this way, or to cosy up to the man who cuckolded him.

The way society reacts to the public revelation of Sophie’s Big Secret is pretty realistic. She isn’t cold-shouldered overnight. There are just gradually fewer invitations. She realises that she’s affecting Lydia’s prospects, so she moves out, first to a mutual acquaintance, and then by setting up her own household, with a female companion. And again, I’m wondering what sort of Regency is this where a young, unmarried woman could do such a thing. It would have been a huge scandal, absolutely huge. And another issue: when she goes north to find her mother’s family, Rufus accompanies her, with only a companion for propriety. Again, scandalous, when he’s not a relation of some sort.

The family up north turn out to be vastly wealthy from trade, but very welcoming once they were sure Sophie was truly their granddaughter. I was a bit bemused by this part, since Sophie’s blood father recognised her from a single glance in Hyde Park, because she looked so like her mother. Her mother’s parents, however, don’t recognise her at all, and have to be convinced by jewellery and a birthmark. A bit of a contradiction there.

I haven’t yet mentioned the romance, but that’s because for most of the book it takes a back seat to Sophie’s journey of discovery. Unlike in the previous book, the hero’s feelings are much more obvious, and he even makes a mismanaged proposal mid-book. But there was no real passion between the protagonists, and, worse, the romance was sewn up by the three quarters point, after which there was a mild bit of drama and then a great deal of hugging and tearful reunions, a wedding and other schmaltzy stuff that felt more like an extended epilogue than anything else. My main complaint with this author is that most of the characters are just too nice. Apart from one or two villains, and the vague ‘society’ which sways between approval and disapproval according to the whims of Lady Jersey (why do so many Regency authors fall back on her as the arbiter of approval?), everyone is kind and tolerant and understanding and too, too perfect. I prefer a little grit in my characters, frankly.

A historical error: Lydia is the daughter of an earl, so she should be Lady Lydia Solgrave, not Miss Solgrave. And an oddity: a cousin has a ‘minor title’, whatever that may be. It seemed to be a plot device to allow the cousin to have a coat of arms, but since any member of the gentry can have one, it hardly seems to be necessary.

I really liked the interesting plot line in this one, although I didn’t always approve of Sophie’s actions, or Rufus’s, for that matter. They both seemed to drift too close to the edge of impropriety for my liking. But the author’s writing is impeccable, the evocation of society flawless and the questionable antics of the principals never interrupted my enjoyment. I really would have liked more rounded or quirky characters to enjoy, though, so for me that keeps it to four stars. 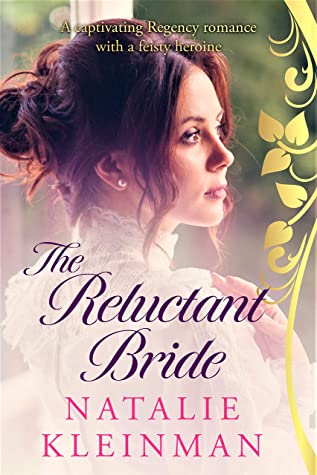 This appears to be the author’s first full length Regency, and as such it’s a literate, not to say elegant, piece of work. It’s not the most lively book I’ve ever read, however, and although it’s completely chaste and the characters are pleasantly likable, it never steps beyond the well-worn ruts of the genre and so fell a bit flat for me. The subtitle has it as a ‘captivating Regency romance with a feisty heroine’, a description I would quibble with. Publishers, can you please leave these judgements to readers?

Here’s the premise: Charlotte Willoughby has been forced into marriage with a much older man so that her father can be relieved of some financial difficulties. Being a dutiful daughter, Charlotte marries the Earl of Cranleigh, and finds, to her surprise, that he’s a gentlemanly sort of man, and marriage to him isn’t nearly so unpleasant as she’d feared. Unfortunately, after just six weeks of marriage, her husband has a riding accident and she finds herself a widow. The story picks up just as she emerges from her mourning period, as she and her younger, unmarried sister and a spinster cousin prepare to embark on the London season.

I have to confess that I got off on the wrong foot with this one. Since the earl had no son, his heir turns out to be a cousin of some sort – who happens to be a duke. My pedantic soul was immediately intrigued by this. How could an earldom be inherited by a duke? I promptly whiled away an inordinate amount of time trying to devise family trees where this could happen, although I’m still not convinced that it’s actually possible (unless the dukedom was a very recent creation, which seems implausible, somehow). But never mind.

Charlotte, her sister Harriet and cousin Esther begin to enjoy the delights of the season. Harriet is immediately drawn to a possible suitor, and Charlotte finds herself the focus of two different suitors. One is a kindly man she regards as a friend, and in fact they are soon on first name terms (surely a breach of protocol?). When he proposes, she is astonished, but makes him a gentle refusal.

The other is a man, Lord Roxborough, with whom she feels uneasy but without quite knowing why. We are several times told that he behaves impeccably but still, he feels slightly off to her. There are several meetings where he behaves with perfect correctness, as the author is at pains to point out, and Charlotte knows nothing to his detriment, yet when he proposes to her, she is downright rude to him.

In the middle of all this is the duke who inherited Charlotte’s husband’s estate, the Duke of Gresham. Charlotte finds him high-handed and aloof, and is often at odds with him, even though he takes the three women under his wing and is (to my mind) nothing but kind to them. Yet she is aware that they are, in may ways, on the same wavelength, and as time goes by, they get on better. It is obvious to the reader that Gresham is the hero, yet there is never any point where I felt he was seriously in love with her. Attracted, yes, and latterly it was clear that he was putting himself out for her, but there was no passion there at all.

And this is perhaps my biggest criticism of the book, that I never really felt the characters’ emotions. Everything was flat, somehow, and despite bouncing around in the heads of multiple characters, their feelings were told rather than shown. Not to mention that everyone was a paragon of virtue (except the one villain). The characters were likable, but a little bit saccharine for my taste. Since the plot ran on very familiar rails, it was all a little bit dull.

Despite all this, there was much that I liked. The author has a real feel for the Regency, and I only spotted one historical glitch – the mention of wedding rings (plural) during the ceremony (men wearing a wedding ring didn’t become commonplace in England until roughly the 1960s). As I mentioned at the start, the writing is beautifully literate, and I cannot tell you what a joy it is to see such an abundance of properly constructed sentences. The characters bounced around the country rather, but at least I always knew where they were, with the counties made explicit, in the Jane Austen tradition.

It was disappointing that the hero was a duke. Lord, I am so tired of dukes! It would have made far more sense to me if he had simply inherited the Earl of Cranleigh’s title and estates. I wasn’t quite sure why Charlotte got to keep the earl’s town house in London, but I presume it was part of her widow’s jointure. I would have liked some more explicit details of the time of year, because I got confused over it. Being told that the season was in full swing when it seemed to be autumn had me scratching my head (the Little Season, possibly?). Traditionally the season is in spring, Easter to June or July.

The blurb says that this book is ‘For fans of Georgette Heyer, Mary Balogh, Jane Aiken Hodge and Jane Austen.’ Sadly, it doesn’t have the sparkling dialogue and lively plot of Heyer, nor the incisive wit of Austen, nor the intensity of Balogh, but then few authors rise to those heights. It is, however, a very readable traditional Regency which I enjoyed despite some wobbles. I’m torn between three and four stars, but I always allow some leeway to debut books and the writing is so elegant that I’ll go with four stars.