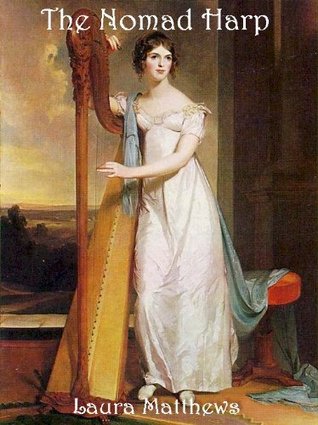 This is the first of my birthday Regencies (a selection from 1980 to the present bought with my gift cards), the earliest, written in 1980. The author is new to me, and I found it an enjoyable read, with some humour and a nicely drawn romance.

The premise: a career naval officer finds himself unexpectedly inheriting a viscountcy. He feels obliged to retire from the navy to manage his estates, but there’s a wrinkle: he’s betrothed to a woman he scarcely knows, attracted by her virtuoso playing of the harp. When he goes to visit, he finds her unimpressed by his elevation in rank. She had accepted his offer only because he would be away at sea a great deal, which would allow her to maintain her independent lifestyle. She breaks off the engagement after discovering that he’s falling for a much more suitable young lady.

But naturally, that isn’t the end of things. The story devolves into the usual Regency mix-ups and misunderstandings, albeit more believable than is sometimes the case, with an array of minor characters to liven things up. But it’s the main characters which make or break a story like this, and here I had my doubts. Lord Pontley himself is a fairly straightlaced sort of chap, too dour to be obvious hero material, and I confess to not entirely understanding his motives for dealing with the suitable young lady he finds himself engaged to. Indeed, for a serious sort of chap, he gets engaged for the most frivolous of reasons. Still, I rather liked him.

The heroine, Glenna Forbes, I found less likable. For a supposedly forthright and independent-minded young lady, she was a terrible ditherer. It’s conventional in fiction that when a character proposes a plan that the reader can clearly see is going to happen, there’s still a certain amount of argument round and about before it’s agreed to. Here, Glenna protested against perfectly reasonable proposals for far, far too long. I really wanted to slap her upside the head. And some of the things she does are just plain silly (like the whole companion scheme, for instance). The only purpose that I could see was so that she would find out about Lord Pontley’s feelings for the suitable young lady.

Despite all that, however, I found the book very enjoyable. I love a Regency where the romance builds slowly over the whole book, and this is particularly credible example. The minor characters are terrific, the historical accuracy is good and there’s enough humour to leaven the mixture. Four stars.