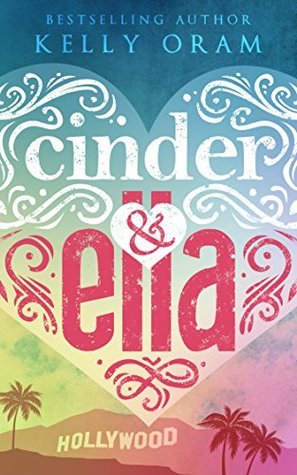 As a romance, this has one of the most depressing openings imaginable. Teenager Ella is texting her best friend, Cinder (named after a famous series of fantasy books), when – bam. Big car accident. Her mother, who was driving, is killed, and Ella suffers terrible injuries, including horrible burns. After eight months, she’s finally well enough to be released into the care of her only remaining family, her father, who left her and her mother when Ella was eight, and his second wife and step-daughters.

To say the transition is difficult doesn’t really come close. As is clear from the title, this is a modern retelling of Cinderella, so the step-sisters and step-mother hate Ella, and the father isn’t very sympathetic either. He insists Ella attend the posh private school the step-sisters attend, even though she’d much rather go to the local public school. Cue all sorts of bullying and general unpleasantness. This part of the book really isn’t a very cheery read.

Meanwhile, her friend Cinder hasn’t a clue what happened to her and is thrilled when she finally makes contact again. But he doesn’t know about her injuries and she doesn’t know that he’s really Brian Oliver, a huge heartthrob actor. He’s trying to escape a bad-boy reputation through a fake engagement to his current leading lady, Kaylee. Cue all sorts of misunderstandings.

Now, there’s a lot that didn’t work for me, especially in the first half of the book. The wicked step-sister trope just doesn’t work in modern times – would anyone really be quite so spiteful to a horribly disfigured and disabled girl? Hard to believe. And in the real world, the school would undoubtedly have been shut down if even half the goings-on had really happened. It just wasn’t credible to me, and it gave me the same sort of queasy feeling that the Dursleys do in Harry Potter. No normal human being is quite so horrible to a child. I also felt a bit unsure about the fact that, disfigured as she is, Ella’s face is untouched. And the only genuinely nice people seemed to be the gay couple and their daughter. And then there’s Brian, pushed around by his own management team, and too wimpy to say no to anything they or his fake fiancee suggest. Plus he’s an arrogant jerk. So not scoring too highly on the likability scale.

But then, after a whole swathe of misunderstandings, our two heroes finally meet at a fantasy convention and this scene is completely awesome and redeemed the book utterly for me. The end of the book is one gigantic weepy-fest, with more and more emotional outpourings from everyone, and yes, it’s all horribly over the top but I loved it. And the fairytale ending was well-nigh perfect. So three stars for the first half and five stars for the second half – four stars overall.