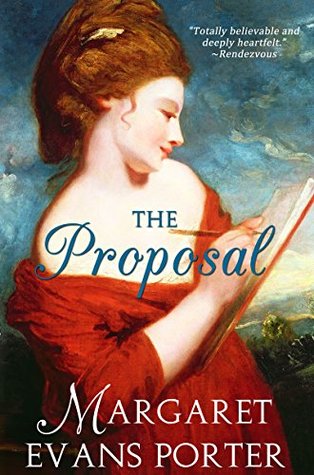 There are three or four different books in here, and any one of them, singly, would have worked better for me than the hotch-potch of all of them. There’s the romance between the brooding earl and the demure-but-passionate widow. There’s the mystery of the earl’s past, his sister and her son. There’s the restoration or destruction of the ancient garden surrounding the earl’s castle. There’s the interweaving of real historical personalities, like Samuel Coleridge and Humphrey Repton. And then there’s a murder mystery tossed in for good measure. Too many plots and sub-plots, too many characters, too many secrets and too much wayward characterisation make this an uneven and unsatisfactory tale.

Here’s the premise: Cassian Carysfort, a wealthy wine merchant, unexpectedly finds himself the new Earl of Bevington. He returns to England from Portugal with his widowed sister and her son to claim his inheritance. Deciding to improve the ancient and neglected gardens of his new home, he engages widow Sophie Pinnock to design and supervise the work.

Immediately he’s drawn to Sophie, and here’s the first problem: he decides he’ll have her for his mistress. Never mind that she’s in his employment and living under his roof, never mind that she’s only twenty, never mind that she can’t escape his advances without giving up the work, and never mind, either, that she makes it very clear that she’s not interested. He keeps pressing her (and kissing her, and she, silly girl, kisses him right back). So right from the start he’s a seriously unlikable character. I have no problem with Regency men who aren’t unrealistically virtuous, but when a girl says no, that should be the end of it. And he has an unpleasantly autocratic manner in other respects, too.

Sophie’s not a particularly sympathetic character, either. I was irritated right from the start by her refusal to be honest with Cass, and right the way through she’s concealing things from him, even when she knows perfectly well that it will imperil their relationship. He has far more secrets, it’s true, but his are real and I had some sympathy with him for withholding them, whereas there came a point where she had no reason at all for holding back. And when she begins to suspect him of various things, why not simply ask him? I have no patience with otherwise intelligent characters who simply refuse to talk to each other.

I was suspicious of the castle in Gloucestershire (really?) but it turns out the author’s based Bevington on a real place – Berkeley Castle. I still found it an odd setting for the story, since there are so few habitable castles left in Britain of a size and style to make a sensible house. But there you are, this is one of those stories where the research is very much centre stage, so both castle and gardens are real. You will also meet a number of real characters from the era. I don’t know that these particularly add anything to the story, especially the smallpox innoculation theme, but for those readers who like historical colour, there’s a ton of it here.

The side plots and intrigues didn’t excite me very much. The history of Cass, his sister and her son was blindingly obvious from the start, and the murder mystery wasn’t much of a challenge, either. The resolution with the baronet I found unconvincing. The side characters weren’t terribly interesting (apart from the Welsh gardener – I would have liked to know more about him, but he mainly seemed to be there as a plot device).

If this all sounds very negative, there was still a lot to like about the book. The author can write, for sure, I enjoyed the snippets about the garden, and the settings of Gloucestershire and Clifton, with a little bit of Chiswick, were intriguingly different. The romance unfolds slowly and credibly (once Cass gets past the idea of a mistress), and the multiple sex scenes are nicely done, romantic rather than physical. Overall, I felt the excessive amount of research squeezed in weighed down the story rather than giving it wings. Other readers will no doubt feel differently about it, but I just didn’t care that much about laudanum, smallpox, rose varieties or sherry. For me it’s the characters and the flow of the story that grab me by the scruff of the neck and haul me deep into a book, and somehow this one never did it for me. Not a bad book by any stretch of the imagination, but for me personally, only a three star read.