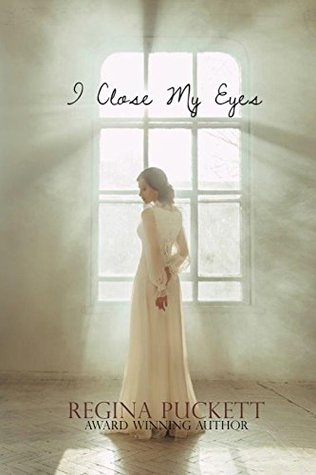 I picked up this book because it has a beautiful cover, it was in Kindle Unlimited (so no cost to try it out) and the opening intrigued me. The heroine is first seen hiding in a corner of a ballroom with her eyes closed to escape from the world. The hero finds her there and is captivated. So far, so good.

But from there things spiral downhill rather quickly. The heroine is hiding because some spiteful rival has tipped a punchbowl over her, for unspecified reasons. So instead of laughing it off or going home to change or plotting her revenge or anything sensible, she hides in a corner. Nobody offers to help her (not even the hero). Instead he stays talking to her behind the potted palm, and when her evil parents accuse him of kissing her and insist that he marries her he… well, he says: oh, all right then. Um, what?

So they marry but it has to be unconsummated because reasons. Oh, and did I mention that he’s a duke? And she’s a duke’s daughter? Although it’s hard to tell from the way the author mangles the titles. Then they go off and frolic on a beach in slo-mo and everything is wonderful but then he has to go away because reasons. And somehow, even though they both know where the other one is, they never, ever write to each other. Then a lot of bad stuff happens, because everyone around them is an evil person because… well, they just are, all right? Then I got to the point where he’s going to relinquish his title to his cousin (he’s a duke, the title is his until the day he dies, and that’s all there is to it), and I just gave up and skimmed to the end. Apparently this book was a finalist in the 2017 Readers’ Favorite Historical Romance Awards, but it would seem that knowing something about the historical period in which the book is set is not a prerequisite.

OK, so this book didn’t do it for me. I couldn’t imagine any real people behaving the way these characters do, and especially not in the Regency era or the Victorian era (the book is categorised as belonging to both, another impossibility). However, it’s well-written, the romance is nicely drawn and if you’re not too bothered by historical liberties, it’s a nice read and a little bit different. Be warned though that there are some heart-rending moments for the hero and heroine on their way to their happy ever after. Three stars for an interesting and unusual story, and a great cover.