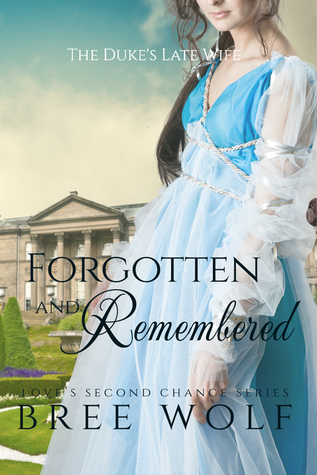 Here’s the premise: a widower with a small daughter decides to marry again in order to provide the child with a mother. His bride, Rosabel, is chosen without a word being exchanged between them, on the basis that she has a way with children. She accepts because he’s a duke and why wouldn’t she? But she has trouble coming to terms with her new role and he has trouble overcoming the past.

I struggled to finish this book, skimming the latter half, but let me say right now that lots of people love this book, and all the author’s other books, so I’m in a very small minority. That’s OK, I’m used to it. I’ll come to why I didn’t finish it in a moment, and it gets pretty ranty, so you have been warned.

Firstly, what I did like. The author can write, there’s no doubt about that, and I can see what she was aiming for here. The new wife is lifted straight from Daphne du Maurier’s Rebecca, the second wife who hasn’t a clue why the guy married her and is too timid to ask, who is terrified of the servants and feels unworthy and unwanted. There’s even a parallel to Mrs Danvers in Miss Rigsby, the daughter’s governess, who bosses the new wife (a duchess!) around dreadfully.

But Rosabel discovers her role as mother to the poor neglected daughter, and learns to be a lioness protecting her cub. I didn’t find her transition particularly believable, but I was in full-on ranty mode by then, so maybe that coloured my judgement. And of course the husband finally unbuttons enough to fall in love and there are some nice, if long-drawn-out, scenes where they eventually get it together.

So… onto the ranty stuff, and I apologise to the author for this, since she tried to warn me, but, mea culpa, I took her words at face value, and that was my big mistake.

In the ‘From the author’ section for this book on Amazon, she says that she’s not aiming for “complete historical accuracy”. Further, she says: “Let me be clear: I am not saying I completely ignore historical facts. Not at all. I always strive to capture the flair of the times I write about. However, I occasionally bend the rules a little to allow my characters to experience something that would otherwise be denied to them. For example, if I need my characters to waltz, then does it truly matter if the waltz was only introduced to English society a few years later? To me, it doesn’t. After all, it is about the opportunities it creates. However, if it matters to you, then allow me to offer some friendly advice: do not read my books for you will only be disappointed. This post is meant as a guide to help potential readers decide if my books would suit them because I know how annoying it is to read a book that was not meant for you.”

Now, I’m all in favour of this. Extreme pedantry has no place in a book where the objective is light-hearted entertainment to while away a few hours in a pleasant manner. It’s the relationship between the characters that matters more than the precise style of gown worn or the date a certain object was introduced or invented, and if authors wish to gloss over the exact details to minimise wordiness and get on with the story, that’s absolutely fine. I have no problem with characters waltzing a little earlier than they should have done, or a heroine stepping out without a chaperon if the plot needs her to bump into the hero.

But (you knew there was a ‘but’ coming, didn’t you?) this should never, ever be an excuse to just skip the research and write a story about modern people who happen to wear bonnets and breeches. Besides, a very modest amount of googling elicits enough authentic-sounding snippets to make for a convincing read. It’s not hard, for instance, to look up the correct forms of address, and work out that dukes and duchesses are addressed as ‘your grace’ and ‘Duke/Duchess’, and never as ‘my lord’ or ‘my lady’. The author got this partly correct, but I cringed every time the hero and heroine addressed each other as ‘my lord’ and ‘my lady’.

Other aspects are harder to get right, but the information is out there, and it’s frankly lazy to make no effort to discover the ways in which Regency society differed from our own. Consider the betrothal and wedding, for instance. The hero talks to the heroine’s uncle, and he agrees to the marriage, without any involvement from the heroine. Wrong. The hero might ask permission to pay his addresses first, but then he makes his offer to the lady herself, who accepts or rejects him. Yes, she has the choice, always. Then there’s the two-week engagement. Wrong (unless the hero’s about to go off to war or for some other time-constrained reason). You don’t want people thinking there’s been some hanky-panky in the orangery, and besides, it takes a while to organise an entire new wardrobe for a soon-to-be-duchess, which is what would be needed, both for the requirements of rank and also because she’s now a married woman – very different clothes. Long engagements weren’t usual, but a few months wasn’t out of order, and, to be honest, I didn’t really see the need for haste in the story.

Then there’s the wedding itself. The bride gets up and has breakfast (wrong), puts on her wedding dress (wrong), is driven to her husband’s house (wrong), there are lots of guests (wrong), he kisses her after the ceremony (very wrong), there’s a dance afterwards (wrong) and speeches (wrong). And the next day, she discovers that her new husband has a daughter – ha ha ha ha ha! He’s a duke, for goodness’ sake, he’s in Debrett’s, his entire lineage back to whatever medieval king first elevated some humble knight is in print, including the name of his dead wife and his daughter. You’d have to be peculiarly dense not to manage to find all that out. And since there’s only a handful of dukes in the entire kingdom, everyone would have known his story anyway. It would have been in all the papers (yes, they had newspapers then, and although they didn’t print society gossip, except in the most oblique way, the death of a duchess would have been widely reported).

None of this is at all difficult to look up, and the fact that the author didn’t bother is not merely disappointing, it’s extremely annoying. I’m not talking here about minor quibbles like whether they would have waltzed in 1805 or not; I’m talking about an author who has very little idea about the Regency era, and hasn’t found it necessary to inform herself. What she should have said in her warning is something like: ‘Any resemblance to any real historical era is entirely accidental.’

I will say, however, that this is far from the worst example I’ve seen. I’ve read of one heroine who lived on a ranch near London, several who travelled on public coaches alone and one earl who held a contest to decide who to appoint as his next heir {eyeroll}, and there’s hardly an author in the Regency genre these days who knows the difference between Lord Smith and Lord Charles (no, they’re not interchangeable).

This is not a bad book, if you don’t mind throwing out almost all attempt at historical accuracy. Sadly, I do mind, but since it’s mostly my own stupid fault that I read the book anyway, despite the author’s warning, I’m not going to give it a star rating or post this review elsewhere. And in future, when an author says: ‘I bend the rules a little’, I shall know to keep well away.