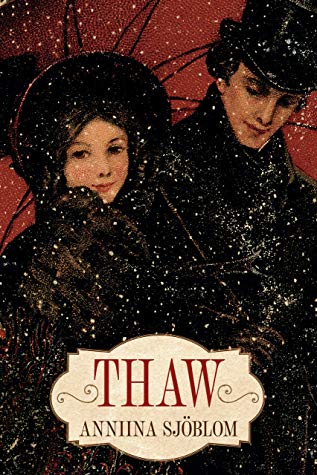 This book enchanted me from start to finish. I don’t normally read Jane Austen fan fiction (JAFF), but if it were all up to this standard, I’d never read anything else. The book is an imagining of Pride and Prejudice which veers off even before the Netherfield ball. Elizabeth indulges in one country walk too many, and has to be rescued by Mr Darcy. When rumours start to fly that compromise her reputation, Mr Bennet calls upon Mr Darcy to do the honourable thing – and he does. Now, there must be a million JAFF books that start off with Elizabeth forced into marriage with Darcy by one contrivance or another, but the author makes this feel completely believable.

And here’s the (possibly) unique feature of this book – it’s entirely written in the form of letters from Elizabeth to either Jane or Aunt Gardiner, the two people to whom she can safely confide her innermost feelings. We never see what they write to her, although we get hints of it in her replies, and there is (I think) only one brief letter to another character at the end. So everything depends on the author capturing Elizabeth’s personality accurately, and this she does brilliantly. She recounts scenes that, while not quite the same as those in the book, yet evoke the familiar, and in the sharp-tongued, witty manner with which all P&P fans are familiar. This really feels like Elizabeth writing, and especially so because it captures so much of the wit of Jane Austen. I laughed out loud, a lot. It helps that the author ‘borrows’ little phrases from the lady herself, not all of them from P&P, and thus creates an awesome Easter egg hunt for aficionados (although there’s a full list at the back). The other characters are also true to canon, and Darcy, in particular, is very well drawn.

The development of the romance between our hero and heroine follows the pattern of the original book — strong dislike on Elizabeth’s part, the slow recognition of some good qualities in Darcy, confusion over Wickham’s story, the revelation of the truth of that, and then the disaster of Lydia’s elopement that seems likely to destroy any hope of a happy ending for the two. And this is the clever part, because the author seamlessly weaves in events directly from the original, events that are somewhat modified and some events and characters that are entirely new, and it all feels perfectly natural and as if it could, in fact, have happened in exactly that way. Some things from P&P don’t happen at all here, such as Charlotte Lucas marrying Mr Collins, and others, like Jane’s romance with Bingley, do happen but in a somewhat different way. I found it all very ingenious.

Obviously, the epistolatory style imposes some constraints. There’s no dialogue, and dramatic moments are conveyed solely by Elizabeth’s heartfelt and often very acerbic words. This gives the reader a certain distance from some of the events, but to be honest, I found that being ‘in Elizabeth’s head’, as it were, and hearing everything through her own biases, gave the story a greater intimacy than the original, and Elizabeth’s growing feelings for Darcy and his for her come across much better in this format.

This seems to be the author’s first published work, but I very sincerely hope it won’t be her last. I’ve rarely read such an accomplished debut. There is a very, very small smattering of Americanisms, but the only one that jarred was ‘passes’ instead of ‘dies’. Otherwise, the writing was a near-perfect evocation of Elizabeth’s character and Jane Austen’s style, and a brilliant and convincing variation on the P&P story. Highly recommended. Five stars.