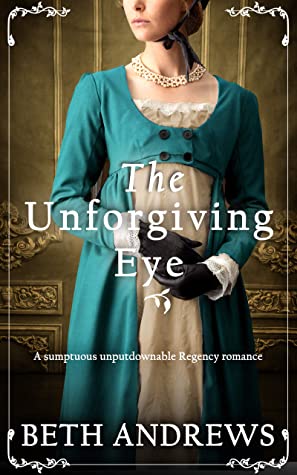 As with the first in this series, the subtitle of this book is a complete sham. It describes itself as ‘a sumptuous unputdownable Regency romance’, and the only part of that to be unequivocally true is ‘Regency’. It is certainly not sumptuous (whatever that means in the context of a book – a TV show may be sumptuous, or a meal or furnishings, but a book?). It may, possibly, be unputdownable (opinions may vary). What it most assuredly is NOT, however, is a romance. The first in series could, at a stretch, be described so, but not this one. It’s a cosy murder mystery set in the Regency era.

Having got that gripe out of the way, here’s the premise: our low-key couple from the first book, John and Lydia Savidge, are on their way home from their honeymoon when they are diverted to a house where there just happens to have been a murder. Can they solve it in three days? Well, what do you think? Our intrepid duo set about their task with vigour. Who had a motive for killing Sir Benedict Stanbury? Who even knew he would be at the place where he was murdered, and at midnight, too? Did he really intend to change his will? If the murderer wasn’t the stable hand, the lover of Sir B’s niece, could it be the solicitor? Or the niece herself? Or the timid governess? Everyone has secrets, yet no one seems to be a likely murderer.

I’m going to be honest here and say that I spotted the murderer at a very early stage, and everything that happened afterwards served to confirm it. Not the most difficult puzzle to solve. It was fun watching John and Lydia investigate, but it got a bit wearing at the end when they seemingly couldn’t see what was right in front of their noses. A whole chapter was devoted to them telling each other that no, they couldn’t crack it, it was just impossible to work out and they would have to admit defeat… They were practically out of the door before the vital hint appeared to nudge them in the right direction.

Despite all that, this was an enjoyable read, whimsical and charming, with as eccentric a bunch of characters as anyone could wish for. It’s technically clean (no onscreen sex), but everyone seems to be having affairs so there is a lot of discussion of the subject. Unlike the first book, the author has got the names right this time, and I only spotted one place where some dialogue was wrongly attributed to Lydia instead of the niece. This wasn’t quite as much fun as the first book, but it felt like a more assured work, the murder unravelling was given centre stage, without the distraction of a faux romance, and I might well read future books in the series. If only the publisher could refrain from hyperbole in the subtitle! Four stars. 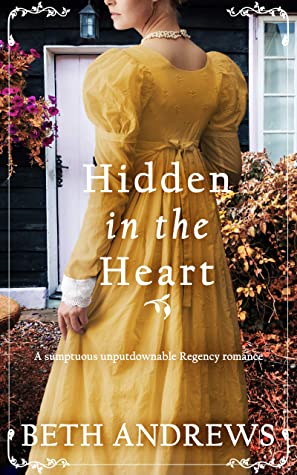 Well, that was unexpected. The title says it’s a sumptuous unputdownable Regency romance, all of which I would question, and none of which should be in the title, for heaven’s sake, the cover suggests it’s a fairly generic type of story, and actually it’s a funny, not to say frivolous, piece of whimsy which I enjoyed hugely, with a couple of reservations.

Here’s the premise: Lydia is the younger of two daughters in the impoverished Bramwell family. When Louisa, the air-headed beauty of the family, goes off to London to make her debut and snag a husband, preferably rich and titled, Lydia is sent to Aunt Camilla, who lives in the Sussex village of Diddlington, to rusticate for the duration. But her stay turns out to be anything but the peaceful and rather boring time she envisages, when a charred and battered corpse is found in the woods. Luckily, intrepid Lydia enlists the aid of innkeeper’s son John Savidge to track down the murderer, which leads to all sorts of unexpected complications…

So let me deal with the title first. The word ‘sumptuous’ implies to me something very rich and upper class and extravagant, and the characters in this story are all well below that sort of level of society. Most of them are not even gentry (Mr Bramwell is a solicitor, so what his daughter is doing being presented at court is a mystery). Unputdownable is fairly subjective, and as for Regency romance – well, it’s set in the Regency and there is a romance or two, but if anyone is looking for passion or even much emotion, better look elsewhere.

But once preconceived ideas are set aside (and the hype in the title is ignored) this is a really cute and funny story. Lydia is both intrepid and very practical, her new friend John Savidge is similar, Aunt Camilla and her French admirer are deliciously overwrought and melodramatic, and there are some fun side characters in the domineering Mrs Wardle-Penfield and the socially ambitious innkeeper, Mr Savidge. The murder plot rumbles along nicely, with some diversions and then an escalation, all of which our two main characters handle with aplomb.

The mystery is, frankly, blindingly obvious from a very early stage, even to me, and I’m usually the one astonished by the last-chapter revelations. But this one was too simple for words. The romance… well, it really wasn’t. Our couple kiss, more or less accidentally, and almost immediately start thinking about marriage, but in the most prosaic way possible. They are a nice couple, but the romance was very much a side issue in the story.

And that leads me directly to the reservations, the first of which is that this book is misbilled. It’s a Regency murder mystery, at the cozy end of the scale, and it’s misleading to pretend otherwise. A lot of Regencies have a mystery in them, but the romance is still centre stage, but not so here, and book 2 of the series features Lydia and John again, solving another murder. Anyone picking this up expecting a standard romance is going to be disappointed.

The second reservation is the names. The Bramwells randomly become Barnwells, and the Savidge family are also Savage and even Savings! And this happens multiple times throughout the book, once even using Savage and Savidge in the same paragraph. Maybe a lot of readers won’t notice, but I did and it drove me insane. Other than that, the editing was excellent, the writing was beautifully done, both very much in keeping with the era and also very funny – as in laugh out loud funny. There are some minor historical glitches (a baronet is not a peer, since he has no seat in the House of Lords), but nothing that bothered me as much as the names.

Overall, I loved this and it has a charm which is sadly lacking in most modern Regencies. The characters felt believably real, while also being entertainingly quirky, the hero and heroine were delightfully down-to-earth, and the murder mystery was interesting, if not the most difficult to solve. This would have been a clear five star read for me but for those pesky name errors, but I still recommend it wholeheartedly. 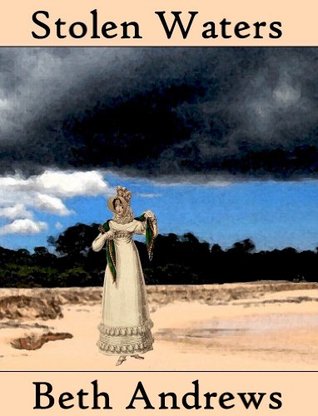