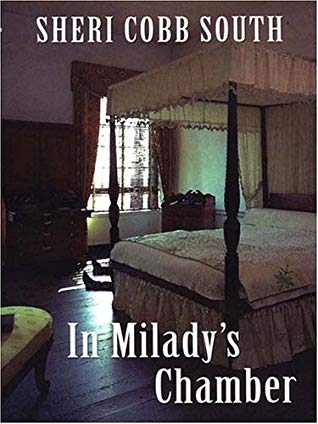 This book was great fun. It’s very much an Agatha Christie style murder mystery (in the bedchamber with the nail scissors…). The sleuth isn’t exactly an amateur (he’s a Bow Street Runner, a forerunner of the police), but techniques were so under-developed in those days that he might as well be one.

Here’s the premise: Lady Fieldhurst is a failure. Having been married to her viscount husband for six years, she’s failed at the one thing expected of her – the production of an heir. Or any child, really. With the marriage already rocky, she resolves to revenge herself on her unfaithful husband by taking a lover. But there’s a surprise awaiting the would-be lovers when they reach her bedroom – the body of her husband, stabbed in the neck with a pair of her ladyship’s own nail scissors.

Naturally the two fall under suspicion, but the Bow Street Runner sent to investigate the crime, John Pickett, is not exactly unbiased, for he falls instantly under the spell of the beautiful widow. And so begins a very determined search for the real murderer, to ensure that his adored viscountess isn’t wrongfully hanged.

I liked John Pickett very much. He’s rather a gauche, inept fellow, constantly blushing and tripping over things, which is all rather endearing. Despite having some prejudice against the widow’s putative lover, and rich toffs in general, he’s very aware of his biases and tries very hard to compensate for them (not always successfully!). Apparently there’s a prequel that gives his background, but I haven’t read it and didn’t feel I’d missed anything vital. The widow is a less sympathetic character initially, although she unbent somewhat later on, but I never found her particularly likable. She wasn’t unlikable, either, being more of a blank slate for Pickett’s much stronger personality to draw on. But it seems these two will have a whole series together, so I daresay she will blossom into a more rounded character later.

The historical research is (as far as I can tell) absolutely spot on. I know nothing about the Bow Street Runners, but that aspect of the book seems very convincing to me. The only moment that gave me pause is when the dead viscount’s cousin (I think) turns up to claim the title, with a wife who’s already planning to dig up the heroine’s rose garden. I know the widow is acknowledged as barren, and the couple are described as ‘estranged’ but they were still living in the same house, and a pregnancy wasn’t outside the bounds of possibility. It’s crass in the extreme not to give the widow the opportunity to say one way or the other before ordering the new curtains. And even if the couple themselves are that vulgar, others should question their rudeness. However, that was the only (slightly) off note.

The story follows the formula of all such murder mysteries, with a full complement of red herrings and a moment when even our sturdy hero is forced to admit that his lady love might be guilty, before seeing the light just in the nick of time. So no surprises in that direction, but plenty of twists and turns along the way. I didn’t guess the murderer, but then I never do. A nice, gentle story with plenty of humour, always a bonus, and a very entertaining detective. Five stars. 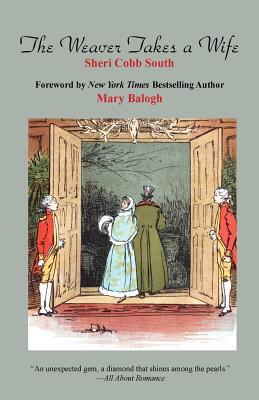