This series is a collection of little gems: beautifully written tales that never, ever impose modern sensibilities on the characters, and manage to combine Jane Austen’s wit and observational skills with the amateur sleuthing of Agatha Christie’s Miss Marple. The romance is subtle and clever, with the obstacles being intellectual and philosophical ones, rather than the usual tired old tropes. This is the fourth book of the series, and although the romance finally reaches a satisfactory conclusion here, I really, really hope there will be more to come about these delightful characters.

At the start of the book, Miss Dido Kent is in disgrace, having shown a reluctance to entertain a marriage offer from the local clergyman, a widowed gentleman with a pew and a half of children from his first marriage. At the age of thirty six, Dido is very much on the shelf, and with her family in some financial difficulties, her marriage would relieve them of the expense of housing, feeding and clothing her, and she should, of course, accept the offer gratefully. The reader knows, as her family do not, that she has another offer on the table, from the charming Mr William Lomax, but he has financial difficulties of his own paying off the debts of his son, and he also disapproves of Dido’s propensity to rush off furiously investigating every odd circumstance that turns up.

Dido has been sent off to act as companion to her wealthy Aunt Manners, which state may either make her appreciate the value of the clergyman’s attentions or perhaps induce Aunt Manners to leave her some money. But naturally Dido immediately falls into the middle of a mystery, which she feels obliged to attempt to unravel. For once, however, Mr Lomax encourages her to some extent, because his own son (he of the debts) is in the middle of the drama, and likely to hang for murder unless Dido can solve the mystery.

As with all these books, many of the seminal events, and Dido’s thoughts on them, are revealed in long, musing letters to her sister, Eliza. I did wonder how much poor Eliza would be obliged to pay for these huge missives, for the cost of letters was enormous in those days. Still, let that pass. My biggest criticism of these books has always been the number of times Dido just happens to bump into someone who reveals crucial information, or else she just happens to see something, or (even more unlikely) people just happen to show her things or tell her things or urge her to find out things. Which is very convenient for the plot, but a little implausible.

Not that any of that matters. I so seldom find a book these days that is nothing but a pure joy to read, but the Dido Kent books definitely fall into that category. Highly recommended. Five stars.

I loved the first two in this charming series where Miss Marple meets Jane Austen, and I gobbled this one up in just as much delight. The writing is pure pleasure, with a rich tapestry of historical detail woven effortlessly into the letters and thoughts of spinster Miss Dido Kent. There are few people who can capture the style of Jane Austen, and while some come close with language and settings, Anna Dean is the only author I’ve found who also has Austen-ite levels of wit.

In this book, Dido’s family has suffered some financial reverses, and the cottage she shares with her sister Eliza has been given up. Dido is now living under her brother’s roof, suffering the jibes of her unkind sister-in-law, required to live in a cold little attic room and generally treated as an unpaid servant. That doesn’t stop her from visiting the neighbours at Madderstone Abbey, and when a girl falls from the steps of the abbey ruins after apparently seeing a ghost, and then a body is found in the pond, Dido is asked to use her investigative skills to uncover the truth.

The ongoing slow-burn romance with Mr William Lomax inches a little further towards a resolution, although the two still have their quite forcible arguments about the propriety of what Dido is doing, and whether it’s proper for a well-bred lady to concern herself with murders and other goings-on. I enjoy the romance every bit as much as the murder mysteries in these books, but these differences of opinion are beginning to seem repetitive now.

The resolution of the mystery is both highly implausible and excessively convoluted, and a part of it involves a character who is barely introduced until about 80% of the way into the book, so that felt like a bit of a cheat. However, it all fitted together very nicely, so I’m not going to grumble too much. Besides, the book was such a joy to read that these complaints pale into insignificance. Another delightful five star read. 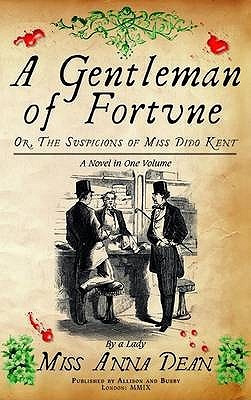 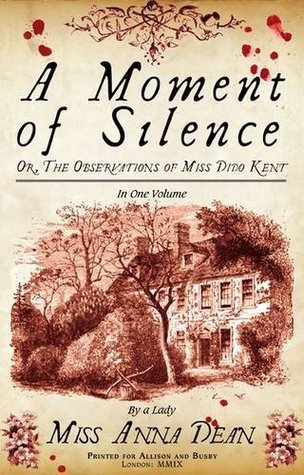