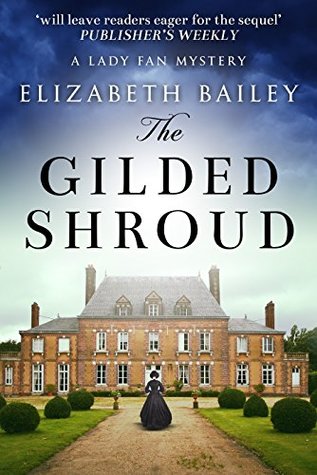 This is a difficult one for me to rate. I like an amateur sleuth murder mystery, and I like a Regency (or in this case, Georgian) story, so it ought to have been right up my alley, but somehow the combination didn’t quite work for me. Still, the mystery is neatly worked out, there’s a nice array of eccentric characters and red herrings, and the romance builds slowly to a satisfactory conclusion, so it will suit a lot of readers.

Here’s the premise: Emily, the Marchioness of Polbrook, is found strangled in her bed after husband Randal, the Marquis, fled the house in the middle of the night. They were far from a happily married couple, so things look bad for him. It falls to younger brother, Lord Francis Fanshawe, to prove his brother’s innocence. Luckily for Francis, his mother’s companion has just taken on a new companion, Mrs Ottilia Draycott, who is not only an outsider, able to observe events dispassionately, but also has an unusual interest in mysteries, not to mention a surprisingly modern awareness of psychology and investigative methods. And so the sleuthing begins.

Now, frankly, it takes a deal of suspension of disbelief to accept that the whole household would defer to this stranger, and put her in charge of the investigation. This is, after all, the eighteenth century, when women just weren’t believed to have brains at all, or the capability for rational thought, and if they weren’t squeamish about gruesome strangulations, would be expected to pretend to be. They were thought to be too delicate in mind and body for the rigours of the unpleasantnesses of life, and would have been bundled out of the way at the first sign of blood. No way would a female have been buzzing about the house interviewing suspects and creeping about at night. There are books which pull this off without compromising the historical elements (such as Anna Dean), but this isn’t one of them.

Having said all that, as a murder mystery it actually works very well. There are plenty of suspects and red herrings, the mystery is slowly unravelled and the murderer is both logical and not too obvious. There is a romance of sorts, but it’s not the main focus of the story, and since this is the first of a series featuring the intrepid Ottilia, it’s to be supposed that the others will be straightforward murder mysteries.

This wasn’t a total success for me, since I like a lot more romance and a bit less gruesomeness in my reading, but it’s well written and cleverly plotted, and I read it avidly to find out whodunnit, so I’ve rated it on that basis. As a murder mystery, I’d give it five stars, but as a Regency (ok, Georgian!) it’s closer to three for me, so I’ll take the average. Four stars. Recommended for cosy fans who like a bit of history with their murder. 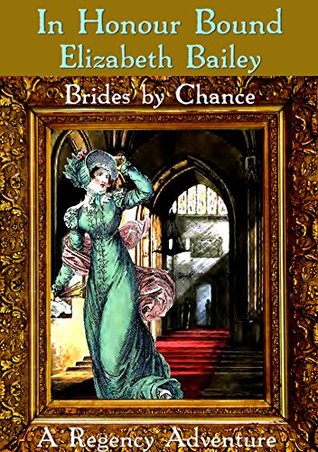 This was a very enjoyable read, marred only by some over-the-top melodrama. Isolde has grown up with her soldier father, following the drum on the continent, learning to shoot, ride and wield a sword like a man and not so much about ladylike behaviour. When her father dies, his will sends her to her father’s old friend for protection, rather than her mother’s relations. But the old friend has died, and his son now finds himself in charge of the girl.

Richard is just my sort of hero – sensible, intelligent, thoughtful and not at all ramshackle. Isolde is a delightful mix of naivety, feisty independence and the sheer misery of being alone and friendless in the world. Richard puts his sister Alicia in charge of teaching Isolde to be a lady, and this is where everything goes horribly wrong, both in the plot and for this reader. Naturally Isolde’s new life can’t be all sweetness and light, for that would make for a very dull story, but Alicia was so wildly aggressive and hostile towards Isolde that it was ridiculous.

Fortunately, Isolde is a very enterprising young lady, and, with the help of the sympathetic servants, heads off to determine her own destiny. Or so she thinks. Naturally, things get worse before they get better, but all ends happily. A well-written and entertaining tale. Four stars.