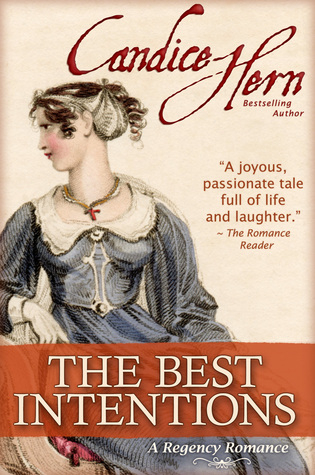 I got off on slightly the wrong foot with this, since I wasn’t at all sure to begin with which characters were the hero and heroine, but once I’d got that straight, it was all plain sailing. For anyone who’s perpetually looking for a Georgette Heyer replacement, this is very much in that style – amusing, frothy and with a grand finale where most of the characters are chasing each other around the countryside. It doesn’t quite have Heyer’s sparkling wit and sizzling side characters, but then what does?

Here’s the premise: the widowed Earl of Strickland (Miles) has decided that he really must remarry, if only for the sake of his two small daughters. His sister helpfully invites a suitable widow as a house guest, and Charlotte is seemingly everything he’s looking for – beautiful, refined, ladylike and clearly happy to become a countess. But accompanying her is her younger half-sister, Hannah, who’s the exact opposite – unsophisticated, accident-prone and never happier than when studying Saxon ruins. And she certainly doesn’t want a husband, even so charming a one as the earl.

Now this chugs along very pleasantly. Hannah gets into scrape after scrape, which the rather starchy earl finds amusing rather than shocking. She gets along like a house on fire with the children, too, which he’s pleased about. And the widow, despite being exactly the sort of woman he’d thought he wanted, somehow leaves him cold. Even so, it takes him a long, long time to realise what it is he does want.

I liked both Miles and Hannah very much. He’s a bit stuffy, what with all that weight of family history on his shoulders, but he unbends beautifully with Hannah, and she’s a delight, especially when she’s gets all excited about Saxon history and architecture. They both feel very real. I wish I could say the same about the other characters. The children, especially the older one, are a bit too precocious, I was terrified every time the toddler was left with the eight-year-old twins (near the lake! Eek!) or simply ignored, and most of the other adults blur together in my mind. The side romance felt too perfunctory for words, and could have been left out altogether without in any way impinging on the story.

The biggest problem is the widowed older sister, Charlotte. She comes across as such a cold, mercenary person, who enticed her first husband, a much older man, into matrimony, and is now set on doing the same thing with Miles, even though she doesn’t particularly like him, and certainly doesn’t have any affinity for his children. She’s also pretty horrible to Hannah, which Hannah takes rather well, in fact. I would have liked to see Charlotte either get a proper comeuppance, or else get her own romance. Either would have worked.

Some niggles. No earl, now or in the Regency, would ever address his small daughter as ‘pumpkin’. I wasn’t too sure about ‘poppet’ either. He’s such a stuffy character that I couldn’t see him having pet names for them at all. There are some logistics oddities – Epping in Northamptonshire? When did it move from Essex? And I wondered greatly at the huge number of horses the earl must have had sitting around in his stables just waiting for the time when his guests would need to take out four separate vehicles.

Nevertheless, this is a delightful read, very resonant of Heyer, with a heroine trying (and frequently failing) to be demurely ladylike and a stiff-necked earl learning to unbend and laugh again. There’s no sex, just a bit of tongue-tangling kissing. Four stars. 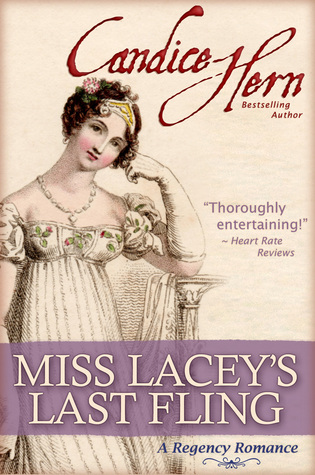 A wonderful read, which starts with a most unusual premise: a girl who has been the downtrodden and unregarded homebody running her widowed father’s country house discovers that she has inherited her mother’s fatal illness and only has months to live. Determined to experience everything she can before she dies, she takes herself to London to stay with her disreputable aunt, where she conducts herself outrageously and becomes notorious.

Given this premise, the remaining twists of the plot are so blindingly obvious that there are truly no surprises. But it doesn’t matter. Rosalind’s vitality and the delightful way she hurls herself into every new experience are glorious. Her hero, Max, a notorious rake and son of her aunt’s great love, is determined to resist her charms but is slowly drawn to her despite himself. The growing love between these two is beautifully brought out.

Now, this is not to say that the book is perfect, because no book ever is. Rosalind’s machinations to keep her illness secret defy credibility, and the ending sagged pretty badly. There was so much stupidity and misunderstanding and angsting and back-and-forth between our hero and heroine that I wanted to box their ears. Both of them. One thing I do dislike is an artificial obstacle before the HEA. Once they both come to realise that this is True Love, then I expect them to behave like sensible, rational human beings and get things sorted out pronto.

But in the end, it didn’t spoil my enjoyment too much. I loved both these characters and their realistic and slow-growing love, and (unlike many Regencies) I can actually imagine them being contented for the rest of their lives. Five stars.