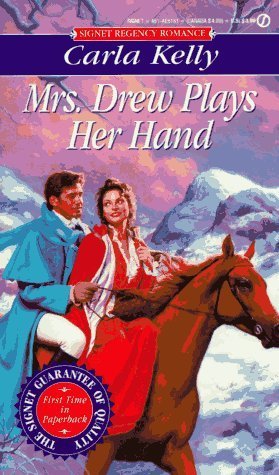 This is the kind of emotionally manipulative book that just drives me crazy. Everything is designed to put the characters (and therefore the reader) through the wringer, dragged out interminably and amped up to the max. It’s exhausting, and I just wanted it to end and put me out of my misery.

To start with, we have a freshly widowed wife mourning her (apparently perfect) vicar husband. She spends her time (when she’s not struggling to survive on half a loaf and two rashers of bacon) walking soulfully through the landscape. There are two sickly-cute children, also mourning. There are no dogs (I think the author missed a trick there), but there is a trusty old retainer and a helpful bailiff for local colour. Oh, and a relative who’s pressurising the widow into sex because in a book like this the villain has to be grotesquely villainous. Into this pantomime setting comes our hero, a grouchy marquess who’s off women for the duration because he had the wife from hell who slept with half of London and had to be divorced. And now she’s remarried and socially acceptable, somehow, and he’s still ostracised because he shamed his family by putting his divorce publicly through the House of Lords (that was the only way to get a divorce in those days, but let that pass).

And for a while everything is lovely and they all frolic about playing happy families, until the pantomime villain pops up again with an order authorising him to take the two cute children away because the widow is bonkers, or something. And so the grouchy marquess and the widow rush off through the midwinter snow to get married in Gretna and get frostbite and rush back again so the children won’t be taken away, and it’s only going to be a marriage of convenience even though they’re head over heels in love with each other and having sex to boot, and none of this made any sense to me. And then the marquess goes away and stays away and the widow and the cute children mooch about birthing triplet lambs (I’m not making this up) and at that point I just lost the will to live.

Here’s the thing: if the characters had an ounce of common sense, they’d have just packed up and gone into hiding to escape the villain’s machinations until the courts reopened, at which point the marquess would have said, “Marquess! I win,” and that would have been the end of it. Because that was pretty much how things went in those days. Or they could have, you know, actually talked to each other and discovered the whole being in love thing and got married sensibly. That would have worked, too. But no, they had to be miserable for months on end, entirely pointlessly, and don’t even get me started on the flu outbreak. Because yes, of course there was a flu outbreak, so the widow was forced to do all the farm work on the estate single-handed. Or something.

Now, I have to be honest, and say that a lot of people consider this the love story to end all love stories, and I can kind of see where they’re coming from. It is quite intense (and we know that because we’re privy to all the main characters’ inner thoughts). It’s also well written. The characters are very likable, except for the one villain. There are some historical errors and Americanisms (we don’t have cookies, folks), but I was so incensed I barely noticed.

I’ve given this three stars because it’s not a bad book in any objective sense, quite the reverse, it’s just written in a style that rubs me the wrong way. Or maybe I’m just grouchier than the marquess today, who knows. I quite enjoyed the author’s Reforming Lord Ragdale, so I’m not writing her off at all. But this one was a dud for me. 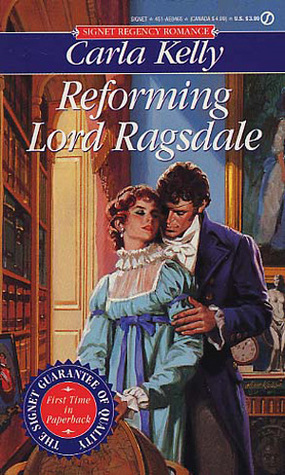