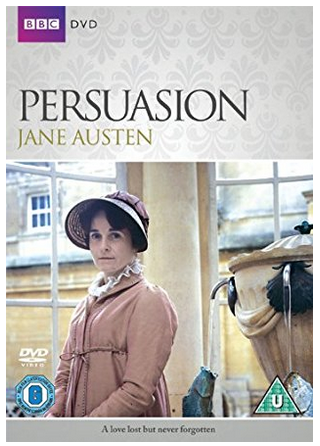 I watched these two back to back, so it seemed sensible to review them together. I can’t honestly say that one was dramatically better or worse than the other. They both had good points and weaker points.

The 1995 version features Amanda Root as Anne Elliott and Ciaran Hinds as Captain Wentworth, while the 2007 version has Sally Hawkins as Anne and Rupert Penry-Jones in the hero’s role. I love Amanda Root as Anne – she has the perfect face for it, capable of being made to look quite plain in the early stages of the book, and growing into a luminous beauty as her hopes rise towards the end. Her manner is perfect for the self-effacing but capable Anne, too. Sally Hawkins is less aptly cast, but she has a beautifully expressive face which captured the sad moments to perfection. Of the men, Ciaran Hinds is perhaps a slightly better fit for the role, but Rupert Penry-Jones appeals to my romantic side a little better. 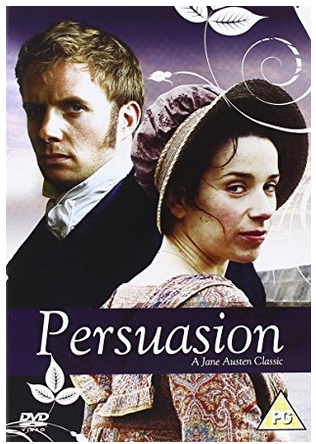 Both versions follow the story of the book very closely, using much of the original language and with splendid sets and costumes. The supporting characters are all excellent, so no complaints at all in those areas. Well, it’s hard to go wrong when you have Lyme and Bath as your backdrops. The 1995 version is a tad earthier, with more mud about, and the Harvilles appear to live in quite a hovel. The 2007 version takes more liberties for dramatic purposes. All that running about Bath, the spray-drenched pier at Lyme and the long-drawn-out opening scene of the closing up of Kellynch Hall were a bit much for my taste. But this version also managed to convey brilliantly Captain Wentworth’s gradual reawakening to all Anne’s good qualities, which is difficult to do well, so kudos for that.

I enjoyed both versions, but if I had to choose one or the other, could I just say: I’ll have the Amanda Root version, but with Rupert Penry-Jones as Captain Wentworth? Pretty please?