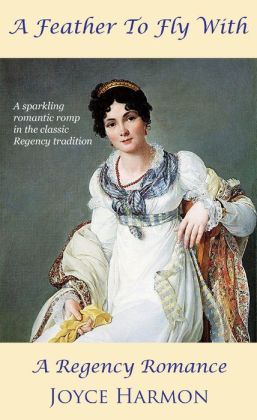 It’s always a good sign when a book keeps me up until 2am, and so it is with this captivating tale, which could almost be an undiscovered Georgette Heyer. There’s nothing terribly unexpected about the story, but it’s the characters who make it. The scholarly and unworldly Duke of Winton is adorable, and his efforts to move through the social whirl of the season and find himself a wife are gloriously funny. He approaches it, naturally, as a scientific problem to be solved, but misunderstandings abound, as when his friend suggests sending a book instead of flowers to a young lady after a ball, and the duke sends her ‘Principia Mathematica’, but only the English translation, in case her Latin isn’t up to the original! The friend, Justin Amesbury, is the exact opposite, socially astute, gently guiding the duke through the shoals of ambitious mamas and insipid debutantes, a thoroughly nice man.

The ladies are just as well drawn. Cleo is the unconventional daughter of unconventional parents, newly arrived in England determined to restore the family fortunes to allow her younger brother to be a gentleman, and armed with a cunning plan to achieve her aim. Felicity is the dutiful daughter who knows she’s expected to marry well. And when these four get together, things go a little awry. But the ending is pure Heyer, a mad dash through the countryside with misunderstandings on all sides, followed by a slick and very fast wrap-up of the romance elements.

This one won’t work for you if you expect a romance to involve heavy interaction between the principals, with loads of sexual tension or actual sex. It also won’t suit those looking for lots of action or modern characters in period clothes. This is a classic traditional Regency romance, which is beautifully written and very, very funny, one of those books that makes you sad when you reach the end. I enjoyed every single moment of it. Five stars.