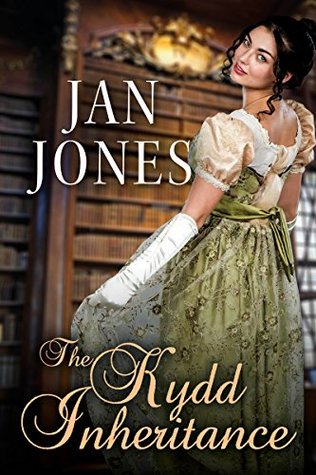 Here’s the premise: Nell’s father has died suddenly, her brother has disappeared and is believed dead on his way home from India, and her mother is away with the fairies much of the time. Meanwhile, her uncle is mismanaging the estate, the money for Nell’s season has vanished and the only suitor is one she wouldn’t dream of accepting. And then a mysterious stranger arrives, and starts behaving in an odd manner. What’s a girl to do? Why, resort to deception and subterfuge, that’s what.

I don’t remember now why I picked up this book. Maybe I read about it somewhere, or tripped over it on Amazon as I bounced around the ‘also boughts’ from one book to another. Something drew my eye, but for the first few chapters, I couldn’t for the life of me see why. The situation was not terribly original, the mystery didn’t seem to be too difficult to work out, and I could see pretty much how things were going to go. There were flashes of something more hidden beneath the surface, but it didn’t set me on fire.

But then everything shifted up a gear, as if the author had suddenly got into her stride, and the thing exploded into the most glorious fun. There are moments in this book that will stay with me for ever, such as ‘Cousin Jane’ going out for the evening – positively delicious. The dialogue sparkles in best Georgette Heyer-style, the minor characters are delightfully eccentric and the principals are wonderful. The romance comes slowly to the boil, in quite the best way, the hero is swoon-worthy and the heroine is feisty and intelligent without being too modern.

For sticklers for historical accuracy (like me), this seemed to me to be resoundingly well researched, and with a writing style that effectively captures the era without tripping up the modern reader. The only off note was the heroine setting off to do her ‘marketing’. As a Brit, I’ve never encountered this expression, and find it hard to believe that any gently-brought-up young lady would actually go food shopping (that’s what servants were for). The heroine also seems to make a lot of her own clothes, but I suppose she had been reduced to a poverty-stricken state.

The climax is less silly and more plausible than in many other Regencies (translation: it was pretty silly, in a lot of ways, but by this point in the book I was sufficiently invested that I didn’t mind). And then the book ended in the best possible way – with the villain routed, a thoroughly believable HEA, a big kiss and me with a huge grin on my face. Highly recommended. Five stars.