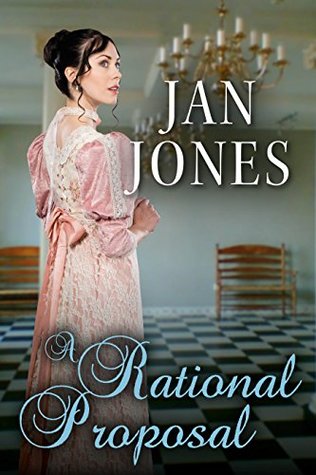 Another one I have mixed views about. On the one hand, the whole villainous villains and their villainous villainy got a bit trying. I like my Regencies firmly ensconced in the drawing room, not mingling with the low-life of the era. On the other hand – boy, can the author write! Every word is so perfectly chosen that I was in constant admiration, and the dialogue between Verity and Charles is nothing short of brilliant, and laugh-out-loud funny, sometimes.

This is billed as both book 5 of the Newmarket series, and book 1 of the Furze House Irregulars, and while I understand the reasons for that, it’s a bit confusing. The plot starts with a will. Verity Bowman inherits a tidy sum, but only if she can demonstrate that she has spent six months in a rational manner. The lawyer assigned the task of judging the rationality of her behaviour is Charles Congreve. Verity is actually a very smart lady, but unconventional and Charles is resigned to a difficult six months. This is compounded by the fact that he’s in love with Verity, but being merely a salaried attorney, not a gentleman, he feels himself to be beneath her.

So Verity and Charles and her mother go up to London, for reasons that escape me, at which point the cast of characters explodes, including quite a few from previous books as well as new ones, and frankly there were some I never quite got straight. Plus there were various sub-plots and subterfuges and I gave up trying to work out what they were really trying to do, as opposed to what they told people they were doing, and let it all wash over me. There was something to do with a Big Meanie who was doing Bad Things, and various Lesser Meanies, and a great deal about lowlifes and prisons and tarts with a heart of gold, and so on and so forth. I just let the author’s delicious wordsmithery swoosh around me, and didn’t worry too much about it.

The ending got quite tense, but naturally it all came out right in the end. And then, just when you think it’s all over, there came a proposal scene of such awesomeness that I’ve had to reread it several times since.

This is obviously a bridging novel between the Newmarket series and the Furze House series, so there are many references to earlier events, as well as a lot of setup for forthcoming books. As such, some elements are a little awkward. But the main characters are delightful, there’s a sweet little romance for Verity’s mother and the prose is mind-blowingly good, so this gets four stars despite the muddly bits. If your brain copes better with muddly bits (aka complex plottery) than mine, you’ll get on fine with it.