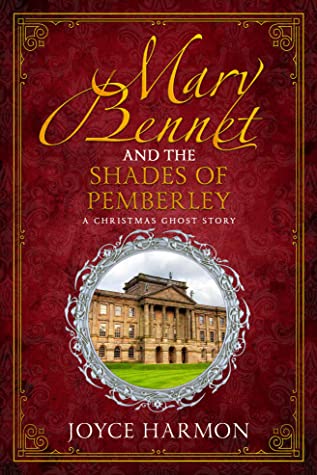 I’m ashamed to admit that I was slightly disappointed by this. Not by the plot or the characters or the writing, which were well up to scratch. No, I’d got myself invested in the possibility of a romance for Mary with a certain handsome young lord, and he wasn’t even in this book. Instead, we got a dashing military man as potential love interest. Which of course may be shaping up to be a love triangle, but…

Well, never mind about the romantic angle, or lack of it. That’s just me. Here’s the premise: Mary Bennet, the over-educated but under-talented middle sister from Pride And Prejudice has here been re-imagined as a young lady with a very special talent indeed: Mary, it transpires, is a magician. This she discovered in book 1 of the series, and in books 2 and 3, as her ability is undergoing training by the secret Order of St George, she tripped over various dastardly plots which her skills, with a bit of help from other magicians and a few familiar faces from P&P, were able to resolve. Now she’s heading off to see Darcy and Lizzie at Pemberley and blow me down if there isn’t something odd going on there, too. As one character put it, why can’t you just go on holiday like everyone else?

Like any self-respecting ancestral pile, Pemberley has a couple of resident ghosts, but the problem here is that there seem to be random extra ghosts popping up all over the place. A couple of cavaliers are duking it out on the lawn, there’s a well-bred Norman lady spinning in the drawing room, and (rather delightfully) an opera dancer is in the ballroom. Elizabeth can see these ‘shades’ (hence the book’s title; geddit?), even though no one else can, and it’s driving her almost to the point of a nervous breakdown.

Happily, our newly-fledged magician can see them too, and sets about, in her sensible, systematic way, to find out more about them, discover how they got there, and maybe even get them back to where they came from. This is a lot of fun, and the very different characters of the ghosts definitely add to it. It has to be said that the challenges are not very great and Mary seems to succeed with some of her self-appointed tasks almost too easily. There is a villain, but this too is easily spotted. So this is perhaps the gentlest story yet of this series.

But drama and out-of-nowhere plot twists aren’t at all what this series is about, since it’s three parts P&P, two parts cozy mystery and one part Harry Potter. Neither the language nor the characters are strictly true to the books, but they’re terrific fun and I recommend them to anyone who would like a little added magic in their Jane Austen. A good four stars, and here’s hoping that a certain handsome lord turns up in a future book.