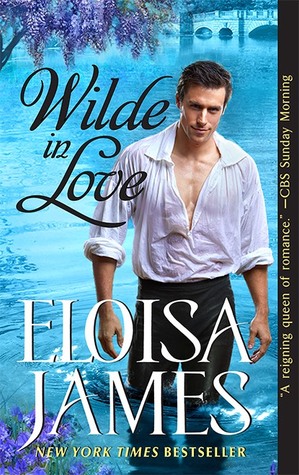 I almost gave up on this book at about the 20% mark. Neither of the main characters struck me as being particularly interesting, and the plot was so obvious it was probably visible from space. Basically, I was bored. But I decided to read a couple more pages, just to remind myself why I was abandoning it, and somehow I got sucked in. And then there were Issues at the end so it fell apart rather, but it had its moments in the middle.

Here’s the premise: Lord Alaric Wilde is the third son of a duke, after Horatius and Roland (improbably called North by the family). As a third son, he’s off the hook for family continuation purposes, so he’s spent a number of years tootling round the world meeting strange tribes and writing about them. But now Horatius has drowned in a bog, and Alaric has returned home to support the family, only to find himself the most famous man in England, with every female swooning over him, exaggerated prints of his exploits everywhere and even a play about his adventures, which is about as accurate as such adaptations usually are. What’s worse, his family don’t need him. Roland, the new heir, is dizzily in love and engaged, so the succession is secured, and he doesn’t need any help with his duties as one-day-duke. So Alaric finds himself at a loose end, with no escape from his fanatical admirers and no occupation.

But there’s a bright spot. The house party at Lindow Castle, the ducal residence, includes the very unadmiring Miss Willa Ffynche. Alaric is intrigued and sets out to woo her into submission, and very single-minded he is about it too. Needless to say, Willa eventually succumbs, and this being that sort of book, they end up in bed together for some pretty graphic hanky-panky. And that’s OK, I suppose, but then we have to have the Suitably Melodramatic Incident so that the heroine can demonstrate her pluck and the hero can bravely rescue her, and I really wish authors wouldn’t do this. Does anyone really believe that the heroine is going to die three chapters from the end? Well, in certain kinds of fiction, yes, but not in a Regency romance. So by all means put her through some drama, if you must, but don’t spin it out for page after page. And there wasn’t even a compelling reason for the villain to do this. Sigh.

There were a few moments that made me sit up rather suddenly. For instance, cowslips, poppies and elderberries all at once? What interesting weather they must be having there. Willa doesn’t wear fur – how terribly modern. The gentlemen all swear like troopers in front of the ladies, who are frightfully ladylike. Seemed a bit incongruous to me. And I had to look up what a roly-poly was (I think it’s what we Brits call a woodlouse). I gave the skunk a pass, because it’s meant to be a foreign creature, and although I fretted all the way through as to why the ducal heir is Lord Roland instead of having a courtesy title (he’d most likely be a marquess), the author does give an excuse of sorts for it. And bonus points for pointing out that Lord Wilde is an incorrect form of Lord Alaric Wilde.

So on the whole, the negative points outweighed the positive, but it’s very well written, and far more erudite than the average Regency, so three stars overall.