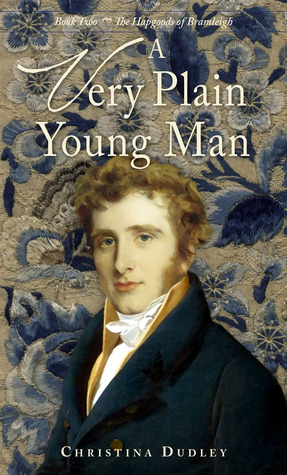 This was a delight almost from start to finish… no, not even almost, it actually was delightful from start to finish, because although the story opens with the hero visiting his mistress, which would normally be a downer in an otherwise traditional Regency, the scene is so funny I forgive it. The lady is a bit of a drama queen, and since Our Hero is not best pleased by her histrionics, he finds himself scratching around for a delicate way to end their relationship. To his every excuse, she finds some counter-argument, and in the end he’s forced to tell her that he’s about to marry. Any self-respecting mistress understands that he can’t have any other relationships – at least, not for a while. He’s free! But in order to keep the lady from pestering him, he’ll really have to find himself a wife, or at least make the attempt.

And so begins the story. Our Hero is Frederick Tierney, the wild older brother of Joseph, the gentle hero of the previous book, The Naturalist, and since said brother has just married the impoverished but equally beetle-mad Alice Hapgood, Frederick decides to descend on the Hapgoods. Having spied the serenely beautiful older sister, Elfrida Hapgood at a ball, he decides that she would make him a suitable wife. Since he’s handsome, charming and wealthy, not to mention the heir to a baronetcy, he can’t imagine that he’ll have any trouble wooing her. But Elfrida is a down-to-earth young lady, not at all romantic, and she knows Frederick’s quite above her touch, not to mention having a terrible reputation. To his surprise, she’s not even interested in him.

And that, in a nutshell, is the whole story. It doesn’t sound like much, does it? It’s hardly an original plot. But the skill is all in the execution, or in this case the characters of the two principals. Frederick is sunnily undeterred by Elfrida’s indifference, and determines to ruffle her composure however he can. This manifests itself in the most glorious teasing banter, which manages to be witty and brain-addling and gloriously funny all at the same time. Many authors are claimed to be masters (or mistresses) of the art of writing witty banter, but nothing I have read before even comes close to this. It’s quite brilliant.

Elfrida’s composure stems at least in part from short-sightedness, so she sees the world in unrelieved fuzziness and doesn’t fuss over the details. And Frederick, lovely Frederick, discovers her secret and realises that she’s never seen just how handsome he is, so he takes care to position himself close enough for her to appreciate him in all his golden-haired glory. And the beauty of this is that it doesn’t come across as arrogance, but as a simple acceptance of himself. He truly thinks that when she sees him properly, she’ll fall for him. And who would not? I defy anyone not to love Frederick.

Of course, there are bound to be obstacles to the path of true love. Frederick’s past comes back to haunt him, and Elfrida is faced with a potential husband of a very different kind, soberly honourable and a very sensible choice. Needless to say, things come right in the end, thanks to Frederick’s irrepressible conviction that Elfrida will marry him eventually. There is only one wobbly moment where Elfrida makes a really stupid decision, but the rest of the book is so brilliant, and Frederick’s solution to the difficulty is so adept that I won’t hold it against her.

An honourable mention for some of the minor characters. I loved Elfrida’s younger sisters, chatterbox Margaret and artistic Edith, and her parents too, the father only interested in his dogs, and the mother dozing by the fire, when she can work up the energy to get out of bed. I’ve mentioned the melodramatic mistress, and then there’s the ‘maid’, Mrs Todd, who is in a league of her own. I love a book that’s funny, and this one actually had me laughing till I cried.

The writing is a treat for anyone looking for truly Austenesque prose, although there are a fair few Americanisms [*]. Nothing drastic, though, and certainly not enough to disrupt my enjoyment. A wonderful read that I raced through almost in one sitting. Five stars.

[*] The author tells me that these have been fixed.