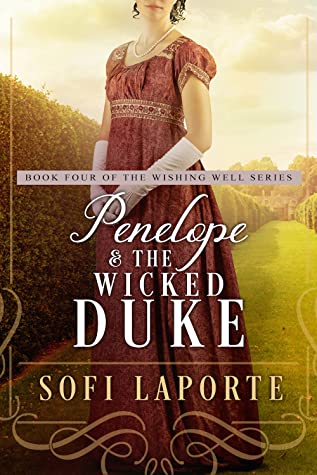 A real curate’s egg of a book, that starts off brilliantly, sags into implausibility in the middle and then goes off the rails altogether at the end. There’s a charming and very enjoyable romance lurking tantalisingly just out of reach here, but despite the oddball stuff, there’s a lot to like about it.

Here’s the premise: Penelope Reid (or Pen) has been waiting for years for her guardian to arrive and reclaim her from Miss Hilversham’s Seminary for Young Ladies, where he dumped her some years ago and then vanished. Tired of waiting, she escapes into the night, dressed in men’s clothes, and makes her way to London to find him. He’s not at the address where she expected to find him, so she takes cheap lodgings nearby and sets out to dream up a plan B. By chance, she bumps into (very literally) a passing viscount, Lord Alworth, whose close encounter with Pen suggests to him that she’s only masquerading as a boy. He’s so intrigued, he sets out to follow her and find out what she’s up to. She gives him the brush-off, but then he meets her again trying to get into White’s, the famous gentlemen’s club, in the hope of tracking down her guardian. Still intrigued, he not only takes her inside, he arranges membership for her.

So far, so howlingly implausible, but then realism isn’t exactly what this series is about. The basic premise is that the four heroines all made a wish at a wishing well, and one of them made the wish that all four should marry dukes. Three of them have now done so, and Pen is the fourth. She was so uninterested in marrying a duke that she dived into the well to retrieve the coin. She’s been in love with her guardian, the elusive Marcus Smith, ever since he saved her life in India and brought her back to Britain. He’s the only one she wants to marry, and he’s not a duke. So there’s a magical/fairytale theme running through the whole series, which makes it hard to quibble over any lack of realism or astonishing turns of fortune. That’s just the framework the author has constructed.

This part of the book is terrific. Alworth is a lovely hero, the typical jaded man-about-town, a dandy and dilettante, whose interest is piqued by Pen and her story. He sets himself to help her find her guardian, and before too long he learns the truth – that the enigmatic Marcus Smith is actually the wicked Duke of Rochford. Pen isn’t deterred, so the hunt is on to track down the duke and confront him. The verbal sparring between Alworth and Pen is brilliant, and very funny. At one point I actually laughed till I cried.

Meanwhile, Pen is getting into trouble at every verse end, including insulting someone and being challenged to a duel (and rescued by Alworth), and then being challenged again (and rescued by an Indian friend). In fact, Pen gets into so much trouble, and refuses to confide in Alworth, or trust him, that frankly I wondered just why he stuck around. Pen deserved to be left to stew in her own stupidity.

This middle section is very strange, because Pen does eventually tell Alworth some of her story, and he does make it clear that he knows she’s female, but they go on pretending that she’s a bloke, and I wasn’t at all clear whether Pen had any grip on reality or was just so wrapped up in her own little world that nothing else mattered. Anyway, this is where I began to lose patience somewhat.

And then there were glimmerings of Alworth stepping in, not merely to help Pen along, but to address the tricky problem that he’s fallen in love with Pen, who is *still* pretending she’s a bloke. So when a mysterious sponsor sets Pen up with a chaperon and some posh frocks to do the season, I hoped that she was going to see the light and make the sensible decision. You know, the really, really tricky choice between the guardian who dumped her in school years ago and never went back, and is *still* ignoring her, or the nice, charming, handsome, rich, honourable man who’s been helping her every step of the way.

But, no. Everything comes to a head at a big society ball, and really, that should have been it, make your choice, happy ending ahoy, but I guess that wasn’t enough drama, because there’s a whole bunch more Pen stupidity before she finally sees the light. Argh!

I get what the author was trying to do here, and perhaps for some people Pen’s clinging desperately to the fiction of her caring guardian makes it easy to accept her difficulty in knowing what she wants, but for me it just didn’t work. Pen was not likeable enough for me to have much sympathy for her. She was just a destructive whirlwind, hurling herself into all sorts of situations without a thought, and dragging other people into her messes. And her guardian was just too horrible for words (even at the ball! What was he thinking??!!). So ultimately, although I loved Alworth and the early part of the book was sublimely funny and refreshingly different, in the end it veered too far from realism for my comfort. Three stars.